Microsoft Surface Tablet Gets Torn Down for Posterity

We can always count on the geeks over at iFixit to buy the latest and greatest gadgets and then tear them up so we can see what they look like on the inside. It’s nice to see someone else open up their gadgets giving us a glimpse at how things are packaged and how repairable the device might be should we ever need to get into it on our own 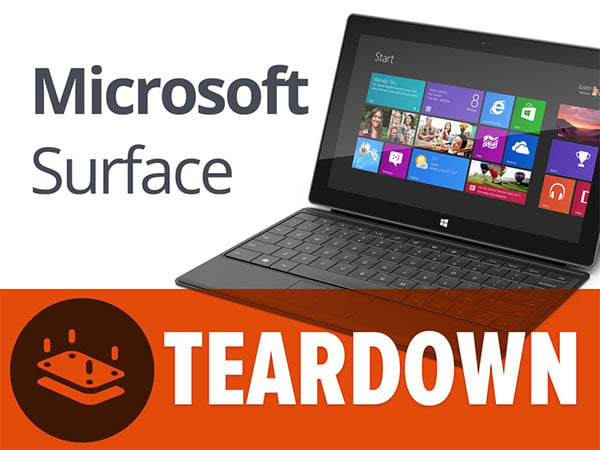 iFixit used a heat gun, plastic opening tools, a spudger, and a T4 torx screwdriver, a T5 torx, and a set of iFixit Guitar Picks to open the tablet up. 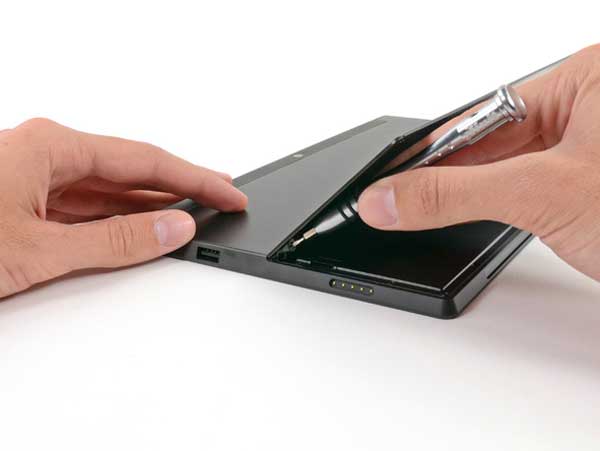 Under its hood, iFixit found the following chips:

In fact, they found multiple touchscreen controllers – presumably to help detect inputs from the touch cover keyboard as well as the screen. One of the components that’s most likely to fail over time in any gadget is the battery. It appears that while the battery is glued in, it is removable and said to be easier to remove than the battery of the iPad. Though that certainly doesn’t mean that the Surface tablet is easy to repair. iFixit rates the Surface tablet on repairability scale as 4/10 with 10 being the easiest to repair and 1 being the hardest. This is only slightly better than the nearly impossible-to-service iPad series. 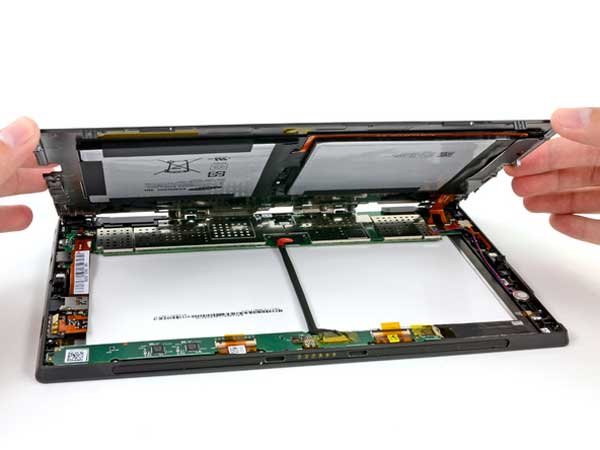 I can’t help but wonder each time I see one of these tear downs of a new gadget if they’re able to put it back together so it works again.