While I love the convenience of credit cards, the interest fees and late charges can really throw you for a loop if you don’t pay them off every month. But I might just have to add one more card to my wallet just so I can have the Darth Vader Visa Card. 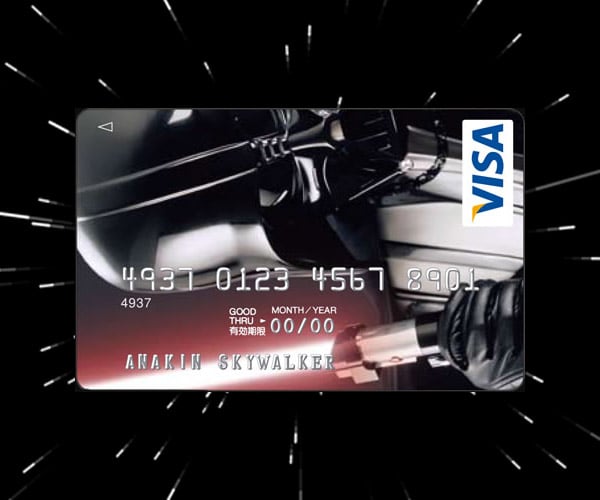 This awesome Star Wars credit card appears to be available only in Japan, so I’m betting they won’t approve my application – especially since I can’t even fill it out.

It’s probably for the best, anyhow. I can only imagine what would happen if I ever was one minute late with my payment on this card. The Dark Lord himself would probably force choke me (and my wife… and my cat… and my dog) until I paid up – double. Or maybe he’d send an army of clones to my front doorstep to threaten me with their blasters.

You saw what they did to Uncle Owen and Aunt Baru, right? That’s because they were 30 days past-due.