Who doesn’t love chocolate? You can never have too much. You probably wish that you had a train-load of chocolate delivered to you every day. But what about a train that is actually made of the sweet stuff? A 111-foot-long chocolate train. Now that sounds delicious. 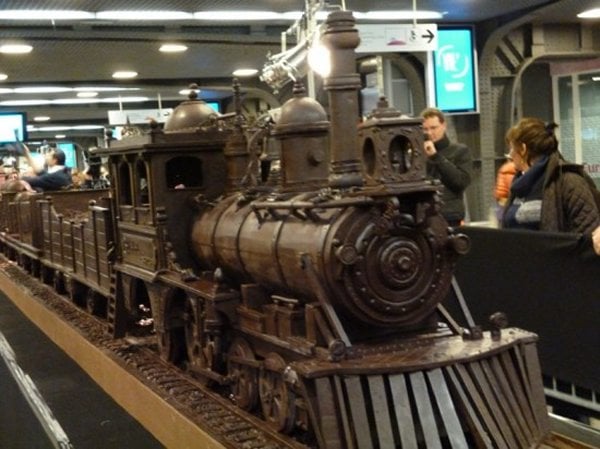 This train was created by “master chocolatier” Andrew Farrugia of Malta. It’s 2,755 pounds of fine Belgian chocolate – 6.5 million calories if you are counting. 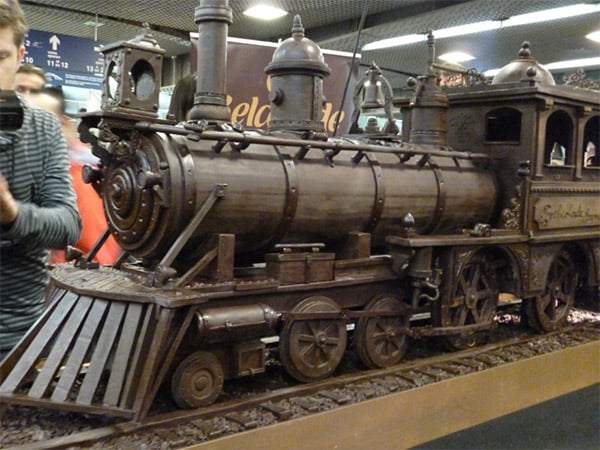 He got the idea for the train last year, when visiting the Belgian Chocolate Festival in Bruges, with the thought that you can make a train as long as you want. Overall, it took Farrugia 784 hours to build this incredible thing, which is now officially the world’s longest chocolate sculpture ever built. 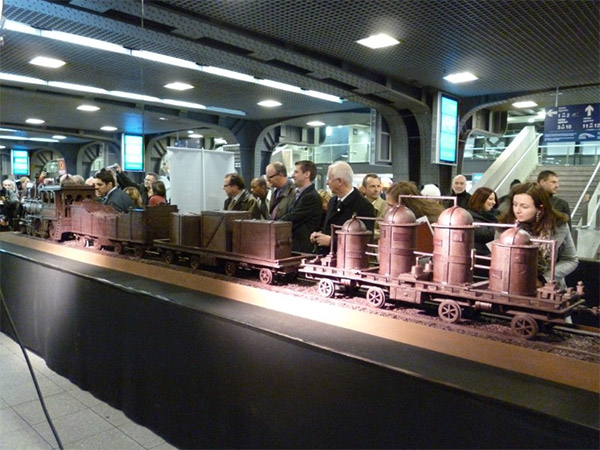 I call dibs on the engine. That’s always the chocolatiest part of any chocolate train.

[via Oddity Central via Neatorama]