When I upgraded to the iPhone 5, I didn’t really think about  how much of a pain it would be to find charging cables that fit Apple’s new Lightning connector. Sure, there are more and more products hitting the market these days, and I carry around the Lightning-to-30-pin-adapter in my bag, but I really like the idea of the Nomad Cable, a tiny Lightning-to-USB cable you can carry around on your keychain. 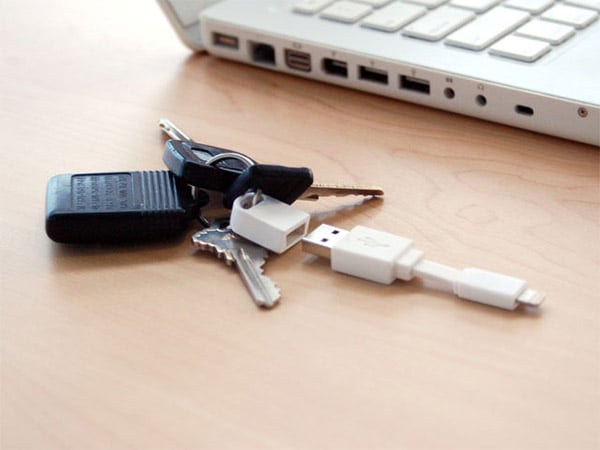 Invented by Chicago product designers Kegan & Roberto, the idea is simple but brilliant. The Nomad is a stubby little cable that’s got a USB connector on one end and an 8-pin Lightning connector on the other. The USB end has a special cap that slips onto your keychain. Given the size of the original iPod 30-pin dock connector, it might not have been too practical to carry one on your keychain at all times, but the new connector is small enough that such a cable is not much bigger than a key. 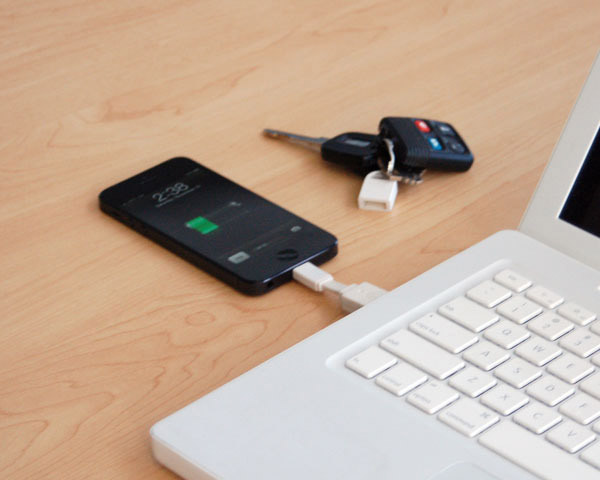 The 3″ long Nomad Cable is just long enough that you can plug your iPhone 5, iPad Mini, 4th gen iPad, 5th gen iPod Touch, or 7th gen iPod nano directly into your computer for charging or syncing. Plus. the cable has enough flex in it to deal with USB ports at just about any angle.

Overall, I think the Nomad Cable is a really convenient and inexpensive way to make sure you can juice up your latest Apple gadgets anywhere you go. While a small number of very early backers were able to grab one for as little as $5(USD), the current wave that’s up for pre-order is going for $15 – which I still think is reasonable. If you think it’ll come in handy, head on over to Kickstarter and place your pre-order for February 2013 delivery. I already did.