If there’s one thing that people tend to toss around a lot, it’s USB flash drives. Since they are getting so small, they can easily be lost. In order to cut down on all that electronic waste, why not get a green USB flash drive, one made out of paper? 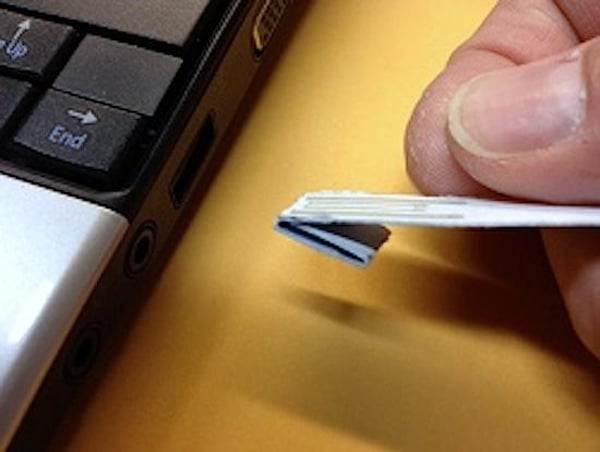 The Intellipaper USB drive isn’t completely made out of paper, but the memory chip is printed on paper, allowing you to mail it, modify it, and cutting down on weight. It also allows for easier recycling. The memory is between 8MB and 32MB, so its aimed at sending around small batches of files, or for things like business or greeting cards, brochures and ads with data embedded into them.

Intellipaper’s USB drive was launched as an Indiegogo project to raise funds for ramping up production. Unfortunately, they’ve only raised about $300 out of a goal of $300,000, so it’s unlikely that this project will ever be made, though I’m keeping my fingers crossed for them. You’ll need to pledge at least $30 to get a box of 10 disposable thumb drives.