Banana Car: for When You Need to Split

Check out this car that looks like a giant banana on wheels. It’s like Mario Kart came to life on the road, but instead of throwing bananas, you can drive one instead. This strange vehicle was spotted on the road by Redditor tkw97 in downtown Raleigh, North Carolina 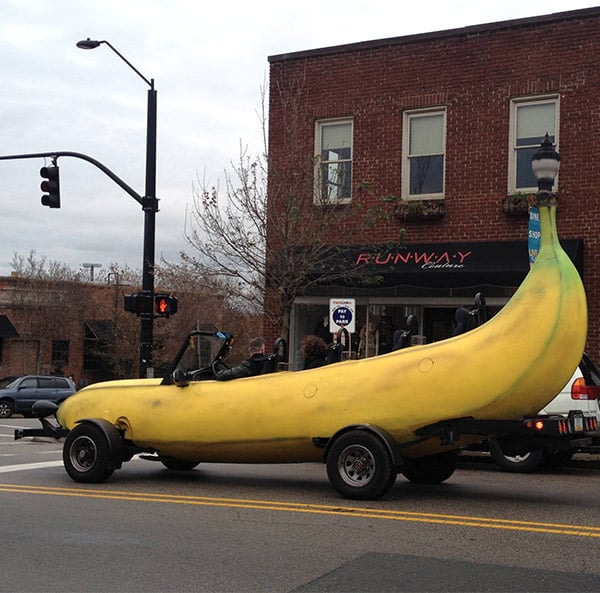 I guess you don’t have to worry about a banana in your tailpipe when your entire car is one. That’s one good thing, I suppose.

Steve Braithwaite built the Big Banana Car from a 1993 Ford F-150 truck. I can only assume he loves bananas. Why else would you build a car like this? What started out as a pickup truck has now become a game of “spot the giant banana on the road.” It’s an awesome vehicle. And it promotes healthy eating – unlike the Weinermobile.