NASA Z-1 Spacesuit Testing Completed: To Infinity and Beyond!

If you are a space geek, you might remember last summer when we mentioned that NASA was testing out a prototype spacesuit that looked a lot like Buzz Lightyear’s outfit. The spacesuit has a large dome, humped back, and fluorescent green accents. It also reminds me more than a little of a Big Daddy from BioShock. If only it had a giant drill for a hand. 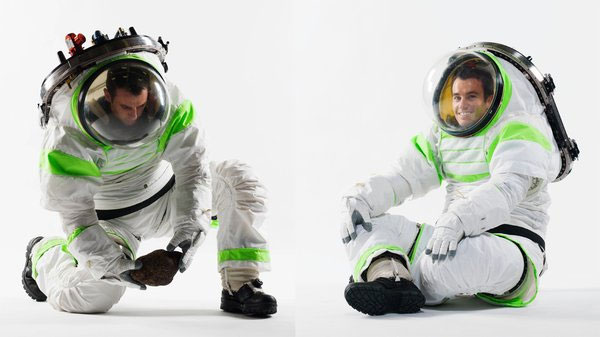 NASA has now announced that it has completed testing on the prototype spacesuit and the space agency is expected to transition to testing the next version, the Z-2 soon. NASA hopes to have the Z-3 version of its new suit working with astronauts on the ISS by 2017. The Z-1 has ball bearing joints giving astronauts a much greater freedom of movement than existing spacesuits offer.

The key feature you have likely noticed is the large oval-shaped port on the back of the suit. That large port makes it much easier and quicker for astronauts to get into and out of the spacesuit. The coolest thing about it is that the port also allows astronauts to dock their spacesuits directly to the outside of spacecraft eliminating the need for an airlock.