One of the chief complaints from people who don’t wear bike helmets is that they’re too difficult to pack and carry with them wherever they go. Now there’s a helmet in the works that can actually fold down so it can fit neatly into your backpack or bag. 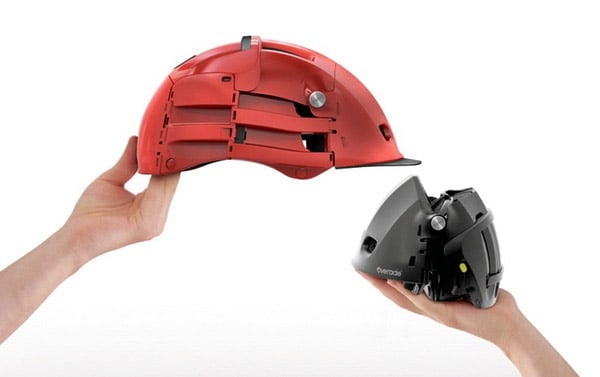 The Overade folding helmet was designed by Patrick Jouffret, who worked with engineer Philippe Arrouart to create a helmet that can not only fold up, but still provide ample protection to its wearer. 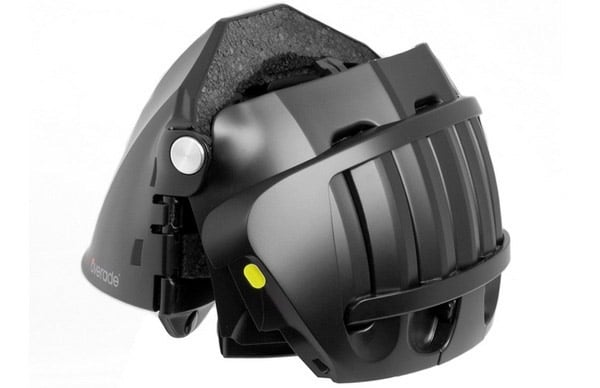 Its makers say that when folded up, the Overade takes up about 1/3rd the space of a typical bike helmet. It takes about 5 seconds to fold and unfold the helmet, and it makes a reassuring “click” sound to let you know all of the pieces are locked into place firmly. 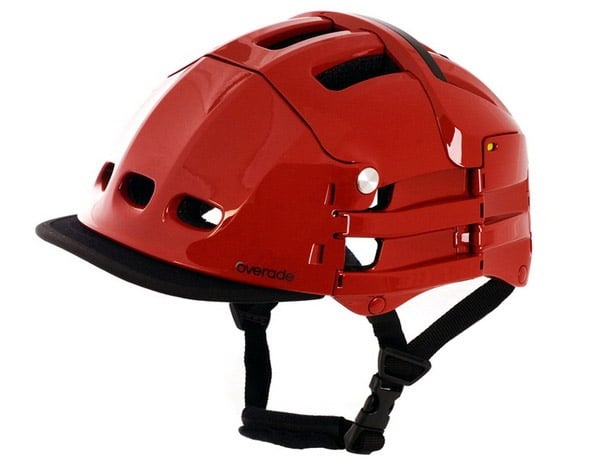 After several years of development and refinement, its creators are now raising funds to go into production over on crowdfunding site Ulele. You can get in on the action for as little as ~$97(USD), with inexpensive add-ons available for interchangeable visors or protective covers. The project is already almost 70% of the way to its goal, with 48 days left in its campaign, so there’s a very good chance they will be produced.