I’ve had problems with computers and video game systems overheating over the years, so I’m all for good cooling systems. And while some computer modders have solved the problem by adding more cooling fans and heat sinks, I think this build might just be a bit more than most of us need. 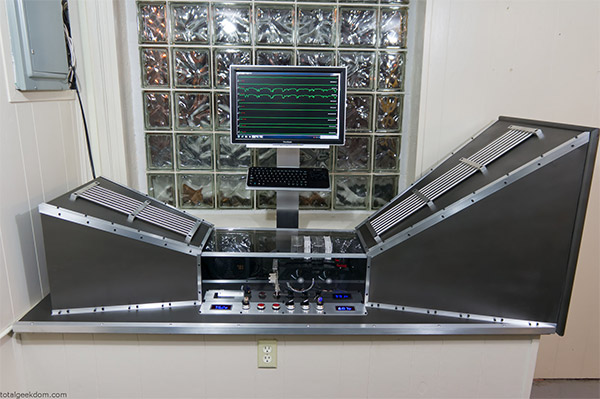 What you’re looking at here is the Wind Tunnel Computer. It was built by Mike Schropp over at Total Geekdom, and it’s nothing short of awesome, if you ask me. Those giant ducts you see on the left and right are air intakes and outputs for the 6-foot-wide system, which is mounted in a contraction chamber in the middle designed to take full advantage of the increased air speed as it flows through. 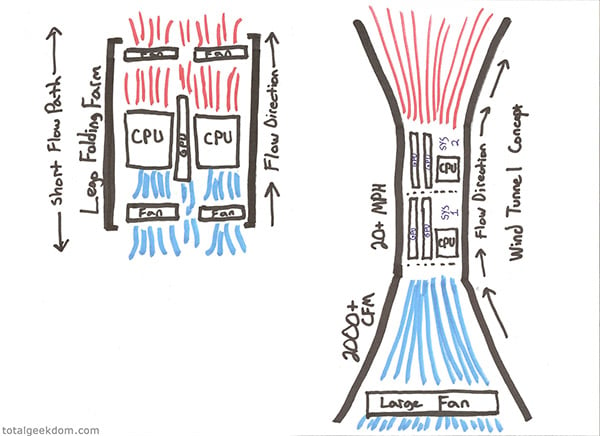 The beefy Intel Ivy Bridge 3770k powered system is overclocked to a whopping 4.5GHz, along with overclocked Radeon 7970 GPUs running on Sapphire Dual-X cards. But it doesn’t just run fast, look cool and stay cool – Mike built it for a good cause. It’s connected to the World Community Grid project, and its CPU and GPUs spend their days and night crunching numbers to help cancer researchers find a cure. And thanks to the massive throughput of the system, it’s able to push through about 20x the workload of an average 4-core system. While that’s all awesome, I do wish Mike had actually built a small wind test chamber inside of it for other science experiments. Maybe for version 2.0. 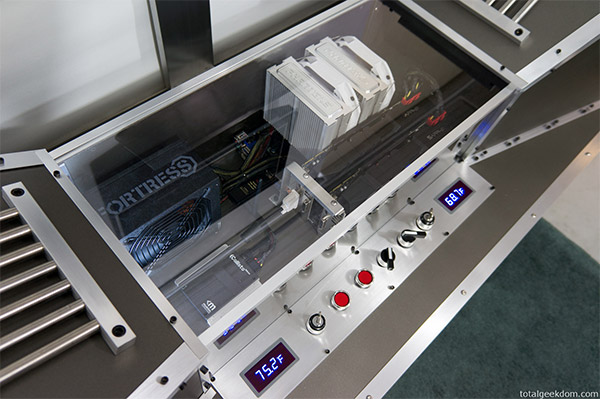 He built the system using large MDF wood panels for the vent sections, and there’s a big box fan installed in one end of it to generate the wind. Mike assembled the main computer section using custom-cut Lexan so you can see through to it, and aluminum pieces to finish the look. It’s even got a control panel on the front with LED temperature gauges and key switches for turning the fans on and off. 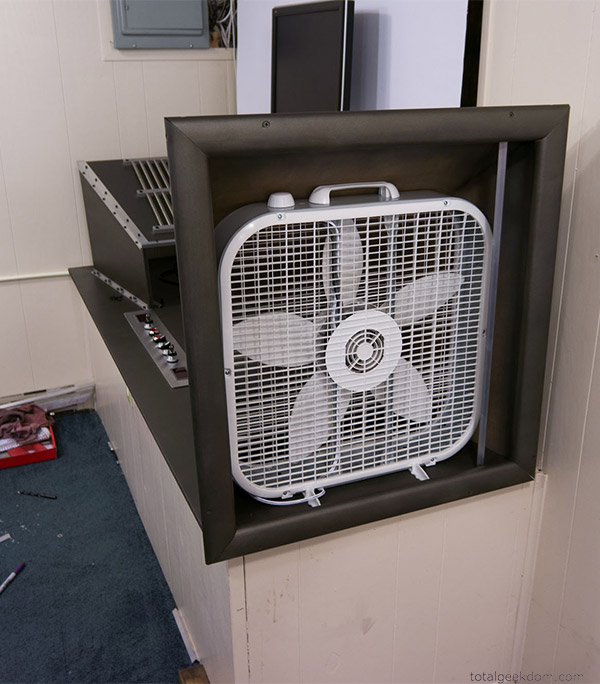 Using a wind-speed tester, Mike was able to determine that the inlet takes in air at about 0.6MPH, and the exhaust port pushes out air at 1.4MPH. However, it’s the center contraction section where the computer is that really benefits from the design, where the wind reaches 12MPH – or 9MPH with the computer in place. He actually was able to push wind speeds as high as 26-30MPH with the fan set on a higher setting. He even used smoke testing to ensure optimal airflow over the components. 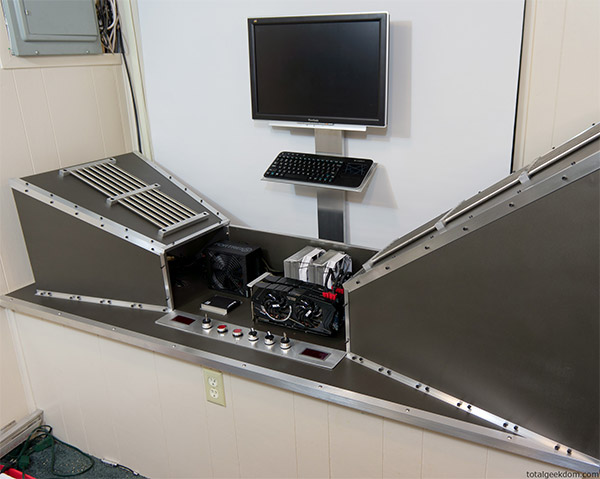 Check out the complete build log, along with many more photos over on Total Geekdom.