It’s funny how these days it’s so easy to go buy yourself a beard if you don’t have the patience to grow one. But if you’d like a really long beard – and I mean a REALLY long beard, then you’re out of luck. Until now. 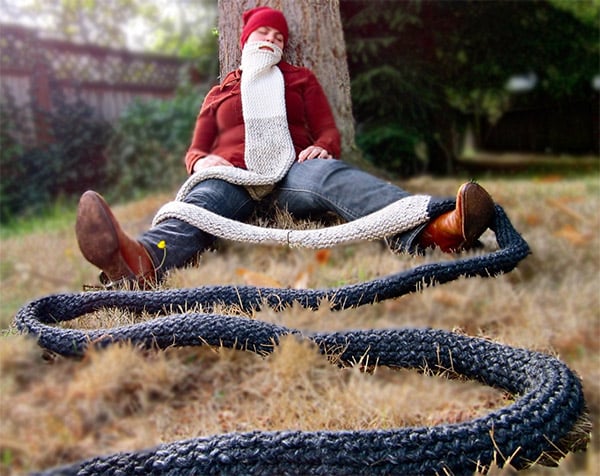 Yes, thanks to artist Alexa Allamano of Foamy Wader, you can now own a knit beard inspired by the nearly endless facial hair of Rip Van Winkle – which is way better than the facial hair on Robert Van Winkle. This handknit beard measures a whopping 28-feet-long, which means you’ll need to wrap it around like a bunch of scarves when you want to walk around. 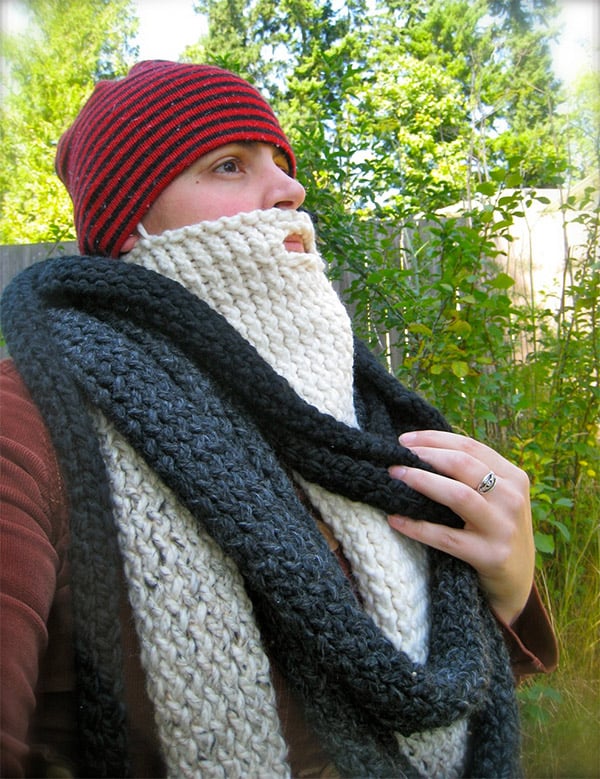 For some reason, it actually reminds me of some sort of giant snake when it’s lying there on the ground, so I’m not so sure I’d want it around my neck for fear that it would strangle me to death when I least expect it. 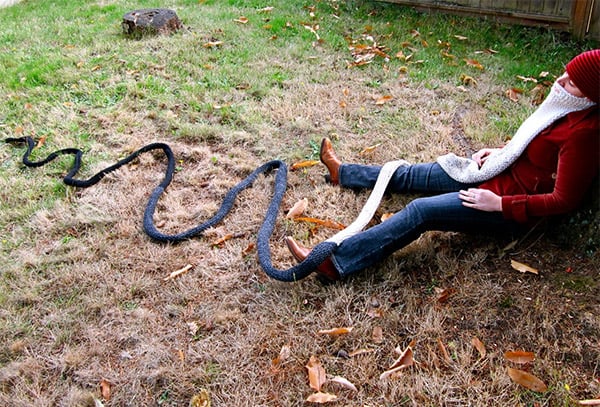 If you don’t have the time to take a 100-year sleep and grow your own megabeard, then head on over to Etsy, where the first $500(USD) will be granted the wish of an instant beard – and the warmest scarf ever.