Even though they’re much more awesome than conventional printers, 3D printers still need “ink”, or what is known as filament. While this can come in many forms – sand, chocolate, living cells – most projects require plastic filament. There are many companies that sell filament, but wouldn’t it be awesome if you could just make your own? 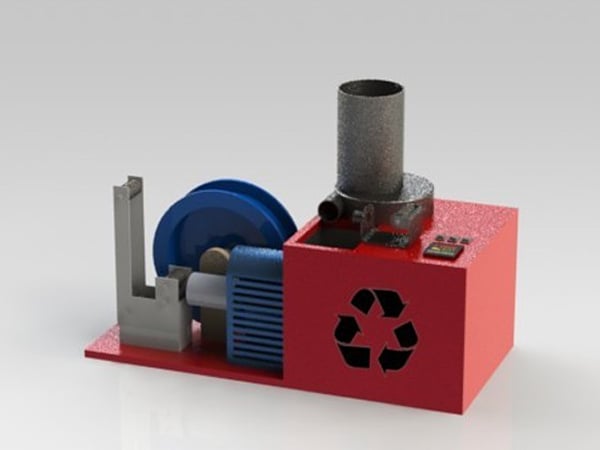 That’s the idea behind Tyler McNaney’s invention, the Filabot. According to Wired, Tyler got the idea to make Filabot because he wanted to dive into 3D printing but didn’t have a lot of money to buy filament. What the Filabot does is reduce the process of making filament into a small, personal scale. It melts various types of plastic – including commonly used ones such as PET, HDPE and ABS – extrudes or forces the molten plastic through nozzles and flattens them to the users’ desired diameter using rollers. This way you can turn plastic bottles, packaging and even old or failed 3D printed objects into filament.

Tyler already raised $32,330 (USD) from a recent Kickstarter campaign, where he sold Filabots for as low as $350 (USD) each. For now you can sign up for an email notification on the Filabot website to know when you can turn your little brother’s LEGO into a 3D printed turd. Just kidding. It’s inevitable though.