One of the coolest things about the newer iPad models is the Smart Cover that turns the tablet on and off when you open or close the cover. There also have been a number of iPad Bluetooth keyboards, but most of them add significant bulk to Apple’s slim tablet. Archos has just unveiled a keyboard for the iPad, which they claim is the world’s thinnest, and functions like the Smart Cover too. 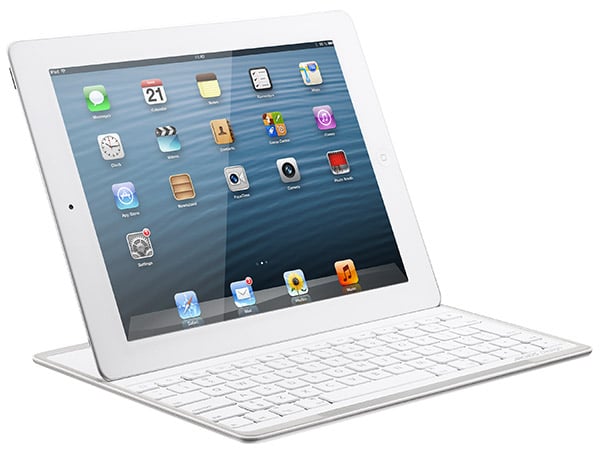 The keyboard is, appropriately enough, called the Ultrathin Keyboard for iPad, and is a scant 5mm thick. The keyboard also weighs 240 g making it roughly half a pound. Archos says that the aluminum-backed white keyboard is the thinnest and lightest iPad keyboard available, noting that it’s almost as thin as the Smart Cover itself when attached to the iPad. With the keyboard fitted to the iPad, the tablet weighs 1.9 pounds and is 13.4 mm thick, working out to a bit over half an inch. 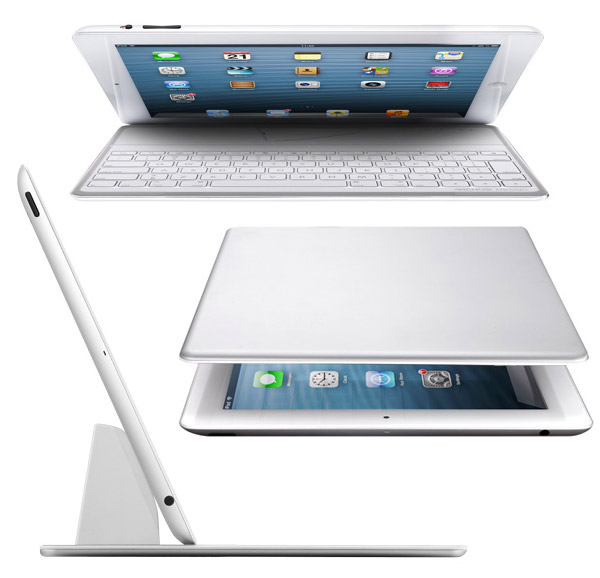 The keyboard has a stand that allows you to prop the tablet at various angles for typing comfort, and locks your tablet into place using the same magnetic method as the Smart Cover. The keyboard will also turn the iPad screen on and off when you open or close it. The QWERTY keyboard also has shortcut keys for iOS functions and connects to the tablet using Bluetooth. 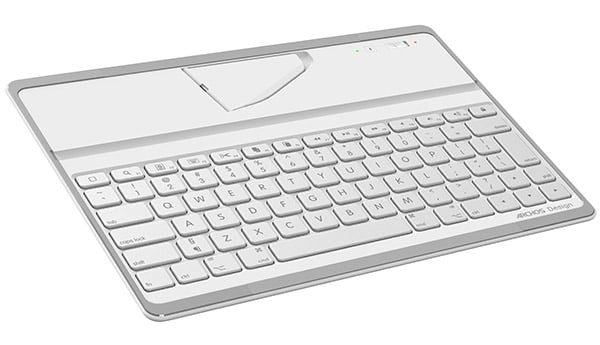 Archos expects to ship the Ultrathin Bluetooth iPad keyboard this March for a retail price of $79(USD).