For a recent winter ice and snow celebration in the chilly city of Perm,Russia, somebody (presumably from Toyota), built this amazing ride entirely out of ice (plus a few red LEDs.) 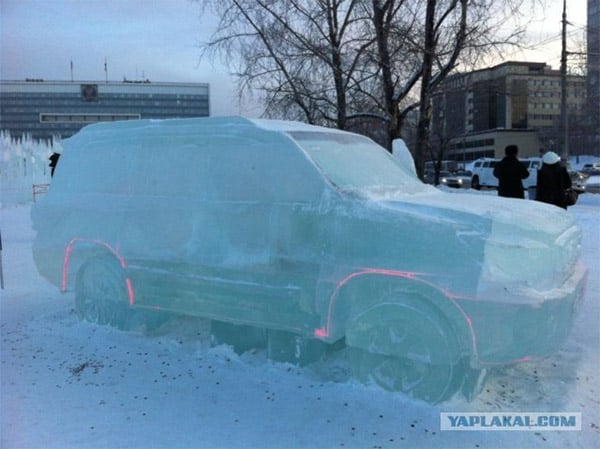 I’ve had the opportunity to drive a loaded $80,000+ Land Cruiser, and while it was a great truck, I can tell you that I could probably sooner afford to build one entirely out of ice too. Plus, this one probably gets better gas mileage than the actual suburban assault vehicle. 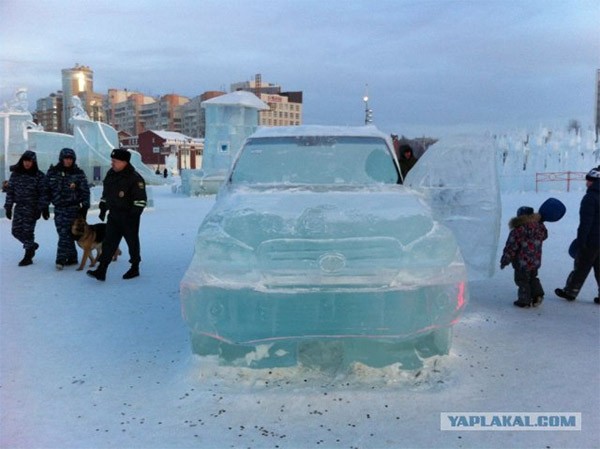 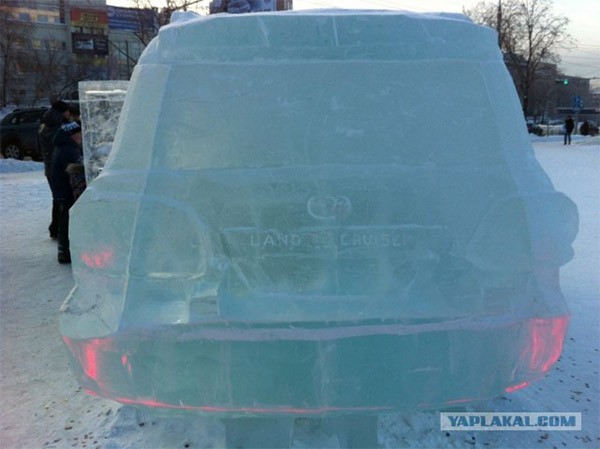 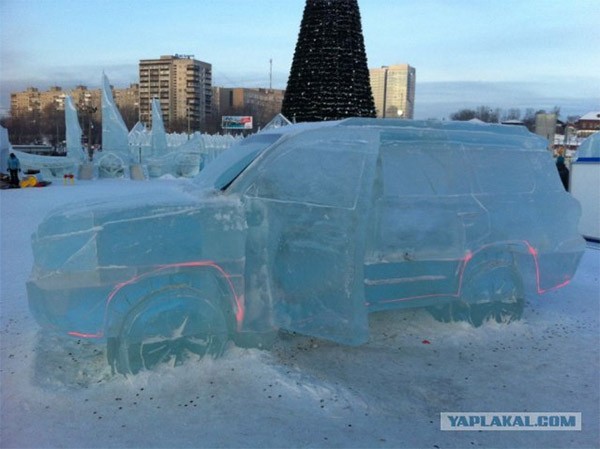 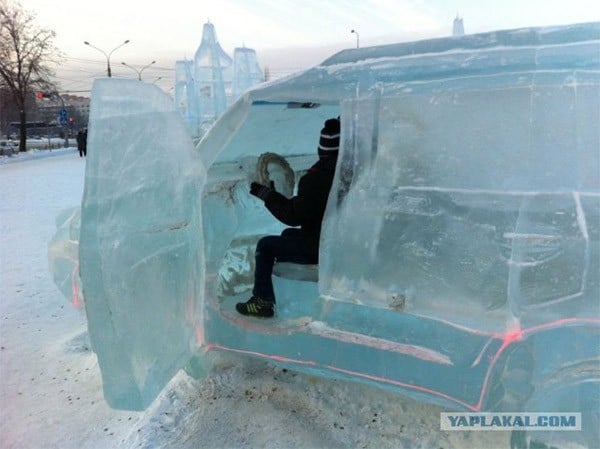 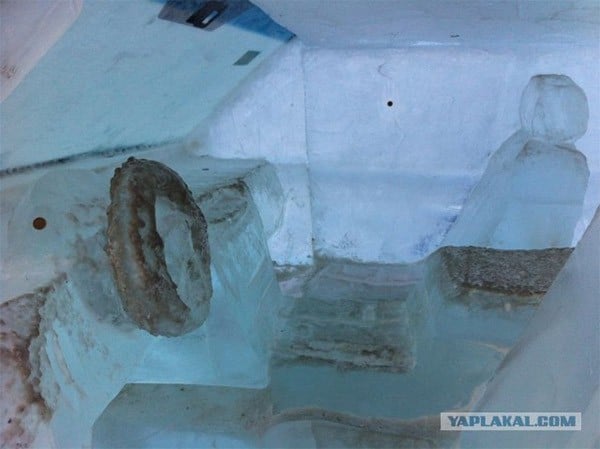 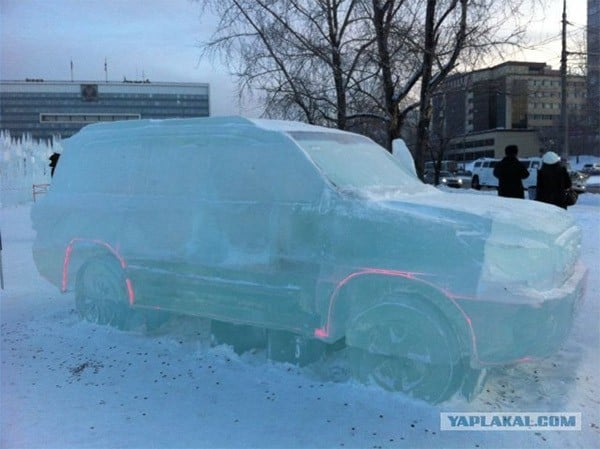 [via English Russia via NewLaunches]