Some people try to do so many things and juggle so many relationships at once that they end up failing horribly at most of the things they’re attempting to do. The same thing applies to shoes – at least, to this particular pair by Dolce Vita called the ‘Gypsy Pump.’ 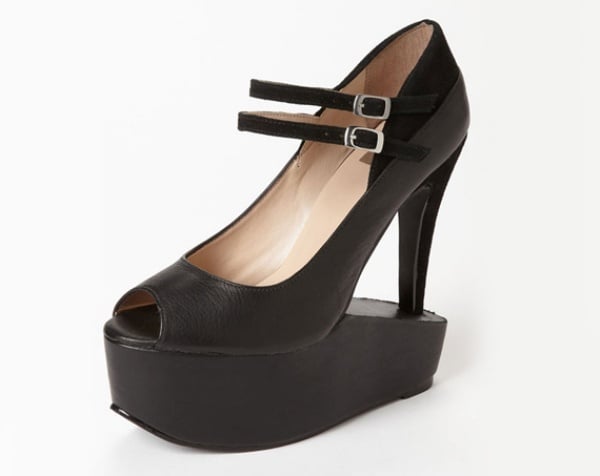 Indeed, it’s a gypsy in every sense of the word because it doesn’t have any one specific heritage. I think it looks particularly confused because it’s trying to be so many different kinds of shoes at once: flip flops, Mary Jane pumps, and wedges with an inverted platform.

It’s just a shoe hybrid that most women I know wouldn’t be caught dead or alive wearing. 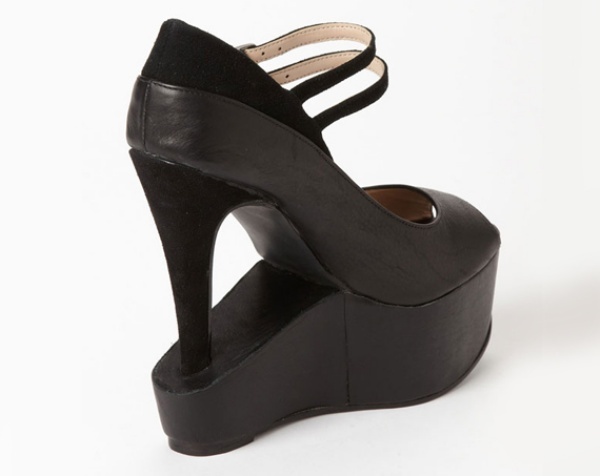 In case you’re wondering, Gypsy Pumps actually exist, and retail for $169 (USD). Yeah, go figure that these things aren’t just a concept like so many of the other more practical items we feature here.