You see free Wi-Fi stations all over the place these days, but when was the last time you saw a free ‘No Wi-Fi’ zone? Probably never, if you haven’t been down to Amsterdam lately. Instead of offering free Wi-Fi for bystanders and on-the-go passersby, Kit Kat’s station blocks all sorts of wireless signals instead. 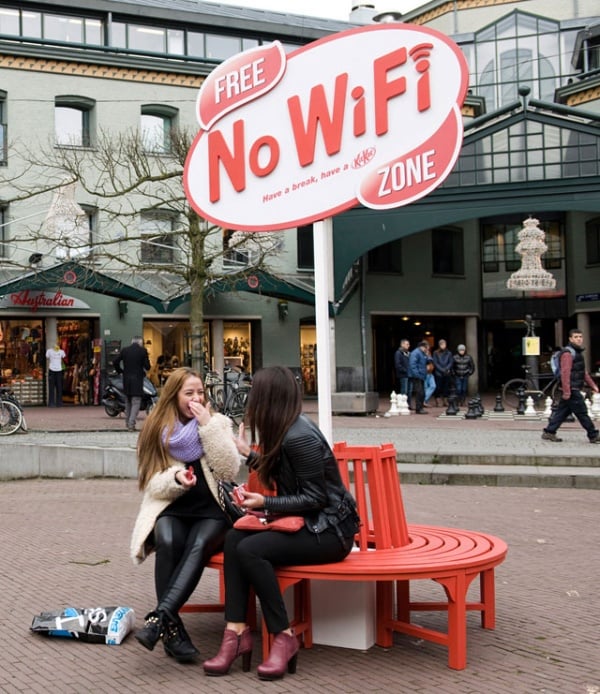 If you’re the type who spends every waking moment on Facebook or Twitter, then you should make your way to this no Wi-Fi zone once in a while and take a break from all that madness of the online world. There’s nothing wrong with wanting to stay connected, but if you stop living in the real world and begin to ‘live’ more online, then you’ve got a problem.

Kit Kat’s ‘No Wi-Fi’ campaign was thought up by advertising agency JWT Amsterdam and was designed by Kyoko Takeshita.