Mauz Transmogrifies iPhones into a 3-in-1 Pointing Device

There are already a variety of apps that turn iOS and Android devices into wireless mice or trackpads or both. Some of them are even free. But a company called Spicebox thinks you’ll want to pay for a peripheral that does just about the exact same thing. Will you want to spend some dollarz for its Mauz? 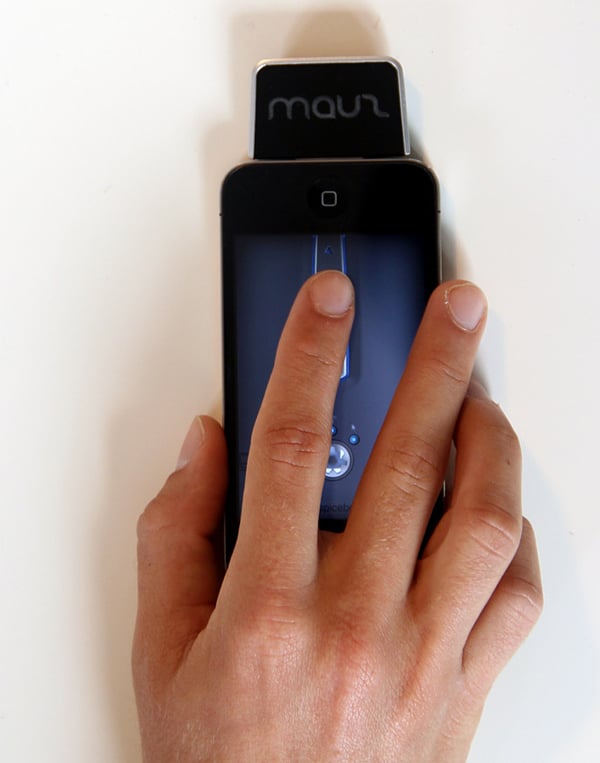 As shown in the image above, Mauz plugs into the dock connector of an iPhone 4, 4S or 5. It has three main modes, the first of which turns an iPhone into a mouse-cum-touchpad that has virtual left- and right-click buttons as well as a scroll wheel. Its second mode turns iPhones into a motion-sensitive controller, akin to a Wii controller. Spicebox says users will be able to map commands from various programs into gestures, from controlling your browser to your videogame character.

Finally there’s the visual gestures, a Kinect-like control mode that lets you execute commands just by waving your hand above your iPhone’s camera.

Pledge at least $49 (USD) on Kickstarter to reserve a 30-pin Mauz and at least $59 for the Lightning-compatible Mauz. I’m quite intrigued at the possibilities of this so-called “appcessory”, but this is one of those gadgets that needs great complementary software to succeed.