Season three of The Walking Dead may still be airing, but it is never too soon to get a sneak peek at the case for the limited-edition Blu-ray set. MTV Geek has outed the collectible packaging, and it’s nice and gruesome and features a replica of the Governor’s head-filled aquarium. 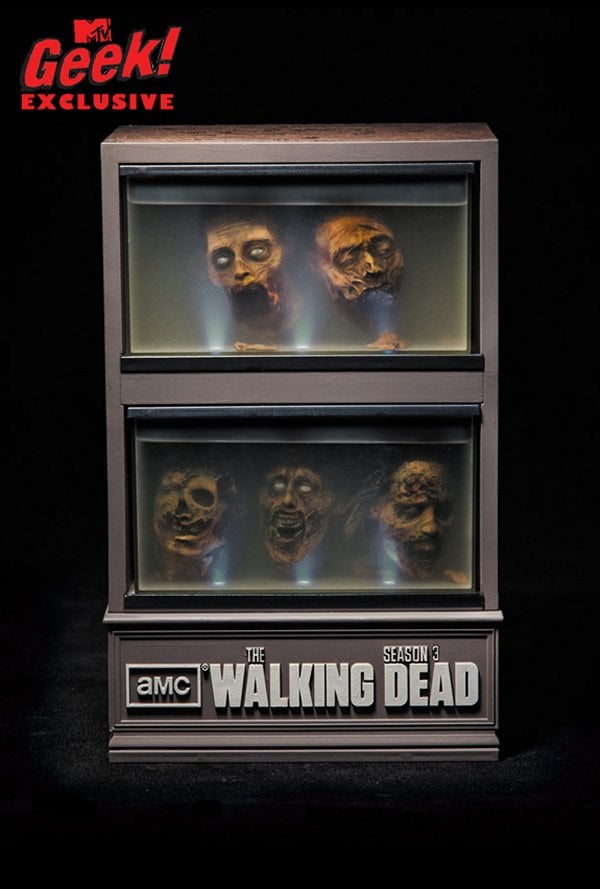 This is a must have for Walking Dead fans and I’m sure it is creepier than anything you have on display on your shelf already. This Blu-ray case was a collaboration between Robert Kirkman and McFarlane Toys comes with five plastic decapitated heads – all nicely decayed and nasty as you’d expect. It’s even got LED illumination to proudly showcase your floating heads. 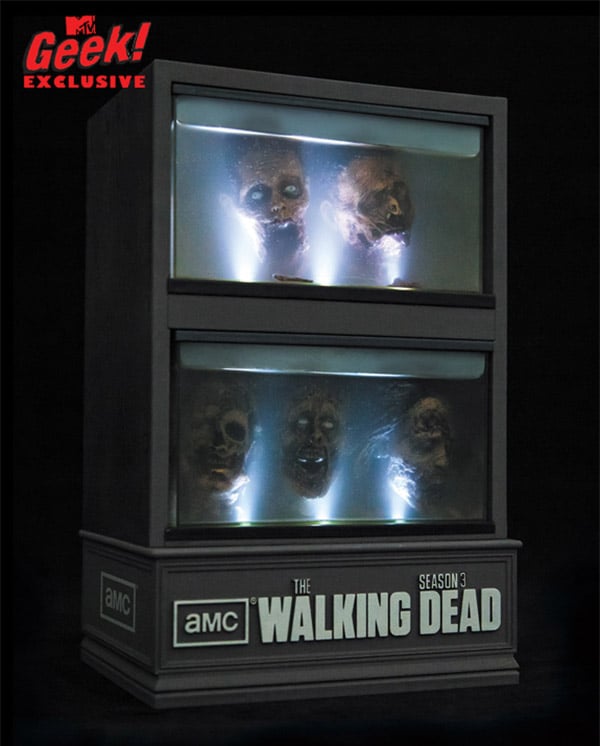 If you collect Blu-Ray sets and love this show, you will want to get this one when it is eventually released.