Stealthbot: The Sam Fisher of Robots

There are plenty of robots roaming around these days, but researchers have developed a robot that is designed to be the sneakiest robot out there. It uses background noises to mask its actual presence, which is pretty amazing. 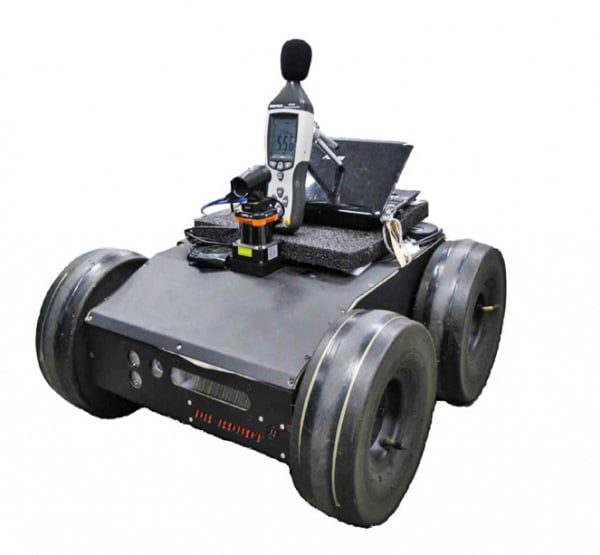 Researchers at the CSIRO Autonomous Systems Laboratory in Australia have developed this new stealthy robot that only moves when background noises mask its presence. This stealthy ‘bot has bot a camera, laser scanner, laptop, and a sound pressure level meter to help guide it on its stealthy missions. It can predict how long background noises will persist, allowing it to time its own movements.

The sound calculations can be applied to sources up to 160-feet-away, and it has the ability to map terrain for shadows, allowing it to hide in plain sight. Future versions of the robot will incorporate gaze detection to help it avoid visual discovery.

The four-wheeled ‘bot hasn’t got a name yet, but all I know is that we need one of these in the next Splinter Cell game.

[via New Scientist via DVice]