When I hear about robots exterminating stuff, I immediately think about our robot overlords, which we will all serve in a near future if we’re not careful enough. The Xenex robot isn’t designed to be the demise of humankind – though it will exterminate most every germ you can throw at it. 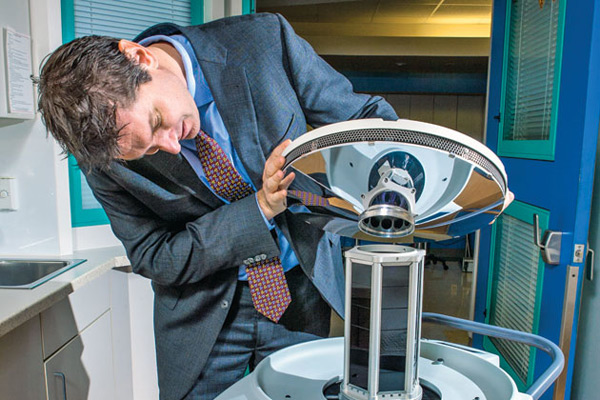 The Xenex robot was crated by Mark Stibich with a single mission in mind – to do in germs. It does look a bit like a droid from Star Wars, but this ‘bot won’t be able to pilot a starship. It runs on wheels and its spinning head emits intense pulses of ultraviolet light to disinfect hospital rooms. That’s a simple and highly-effective way of getting the job done.

Xenex has been tested at the University of Texas MD Anderson Cancer Center, where it reduced bacterial contamination by a factor of 20, compared to conventional cleaning methods. It also killed 95% of the common and dangerous pathogen C. difficile.

The Xenex robot doesn’t come cheap, though. It costs $125,000(USD) or you can rent it for $3,700 a month. But to put that in perspective, the average cost of an infection for a cancer patient is around $30,000 – plus the untold risks to their lives. Seems like a good investment, doesn’t it?