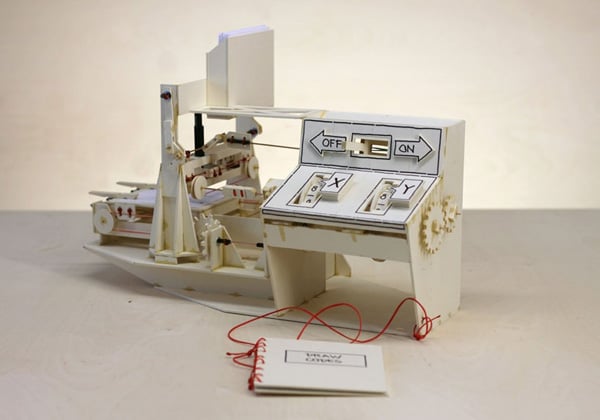 Niklas Roy taught an electronic media class at Germany’s School of Art and Design Offenbach. The goal was to create a series of mechanical cardboard computers from scratch. Shown here is one of those machines. This fully operational NAND gate and plotter were designed out of Finnish cardboard. The complete system was assembled using super glue, adhesive tape and tie wraps and rubber bands. 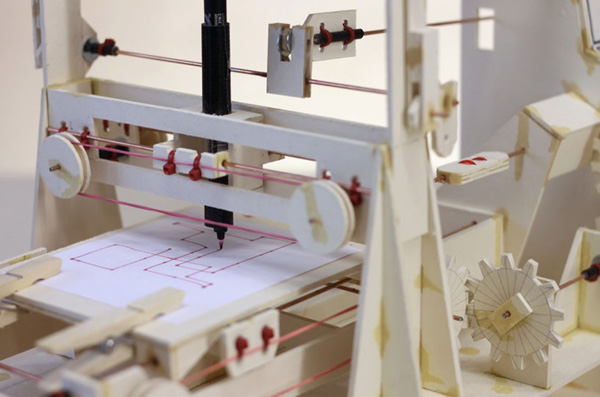 The plotter has axles and slide rails made out of welding rods. There are two rotary dials and a switch, which move in a plane, controlling the movement of a pen as it “vectors” to produce low resolution graphics on a sheet of paper.

Be sure to check out Niklas’ blog for more of the contraptions built by the class. This is definitely an awesome project, and it makes you wonder what you could do at home, given enough time and ingenuity.