On Earth, being able to view a solar eclipse is a very rare occurrence. In space, it’s not so rare to witness this event. Recently, NASA’s Solar Dynamics Observatory caught a glimpse of two incredible eclipses in only a seven hour period. The first image below is one that SDO snapped of the Sun being blocked by the Earth. 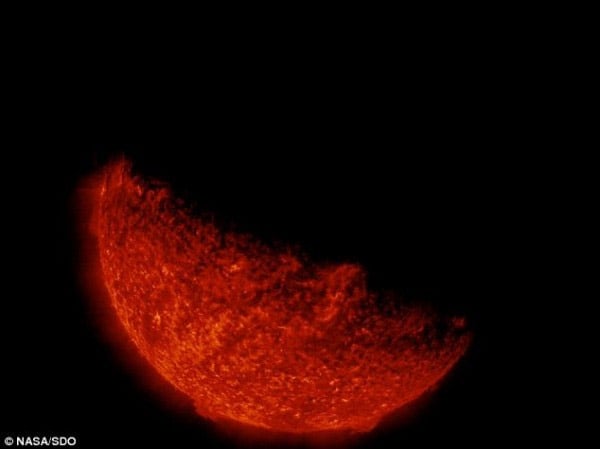 The second image shows a much more defined photograph of the Sun that was taken a few hours later as the Moon moved in front of the SDO’s view of the sun. The reason the outline of the Moon is so much more crisp and clear is because it has no atmosphere. The SDO is able to see through some of the Earth’s atmosphere giving the Earth a jagged appearing edge during its eclipse. 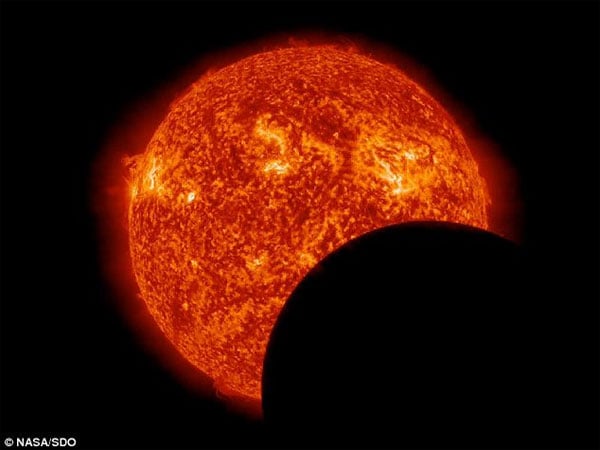 This month marks the spacecraft’s entry into its biannual eclipse season. This season lasts three weeks, and during that time the Earth blocks the Solar Dynamics Observatory for a period of time each day. The Earth blocked the spacecraft’s view the Sun from about 10:15 PM to 11:45 PM this past Sunday night.