Robot Salamander Crawls and Swims Its Way into Our Hearts

Roboticists continue to take inspiration from animals to create new types of robot movement. This robotic salamander can swim, crawl and walk just like the real thing – only it’s not the real thing. It’s just a very good artificial copy from the Biorobotics Laboratory at Swiss Federal Institute of Technology in Lausanne. 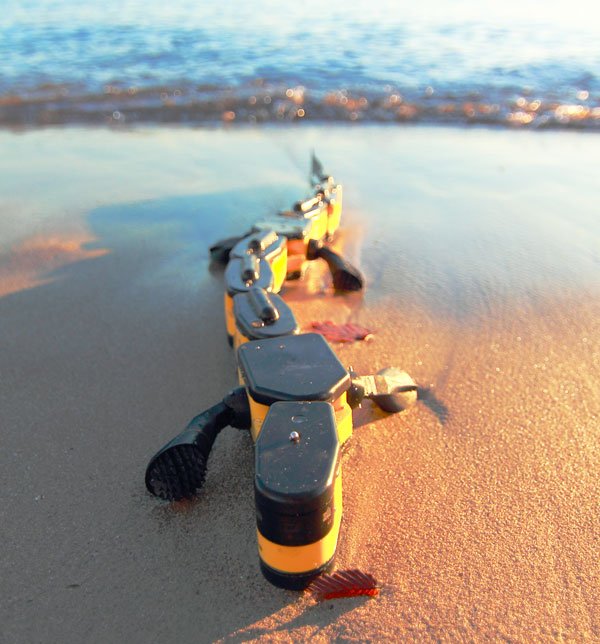 It goes by the name Salamandra Robotica II and it mimics a real salamander’s movement by using a digital neural network that instructs it on how to swim, crawl or walk based on the intensity of electrical signals running through “spinal cord” circuits. I know, this is creepy stuff. Hey, if it has a spinal cord like that, I know where to shoot it if it attacks. 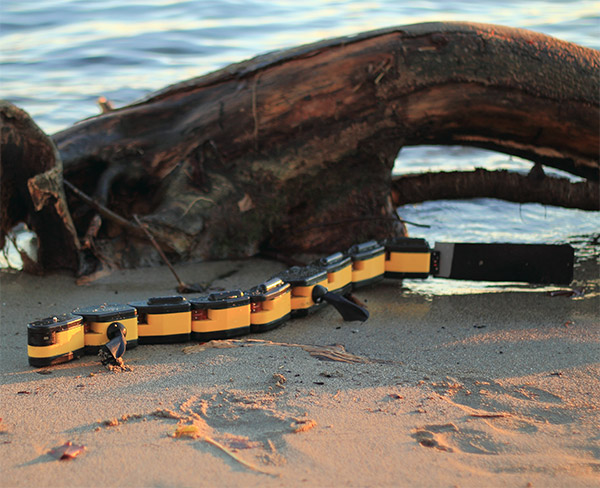 A remote “brain” laptop mimics the signals that a real salamander brain sends to its spinal cord, letting the robot change speed, direction and gait by triggering an electronic signal.

This is an update to their original salamander robot creation from 2007. The robot is turning out to be a good way to understand the systems that vertebrates use to move. In other words, they are getting closer to creating vertebrates that are as real as the real thing.