Korean developer Delight Room has contributed another weapon in the never ending battle to get us out of bed. Sleep If U Can is an alarm clock app for both iOS and Android devices. It has a mode that requires you to re-take a picture before it shuts down. The idea is for you to take a picture of something that’s far away from your bed, so you’ll have to get up to shut the alarm in the morning. 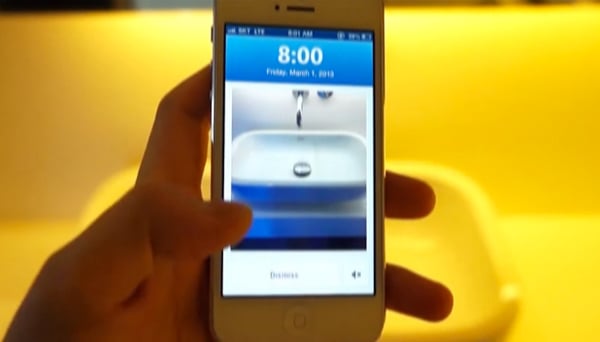 It’s actually smart enough to force you to take a picture of the correct object, so unless you have a similar object lying next to your bed, you’ll have to get up.

Sleep If U Can is available on both the iTunesApp Store and the Google Play store for $1.99 (USD). I wonder what would happen if you set a picture that you can never take again, like some random stranger or a cloud.