Chocolate Meteorites Fill that Crater in Your Stomach

After you’re done devouring your planetary chocolates, all that remains are meteorites. At least that’s how I think the guys at L’eclat chocolates came up with these chocolate meteorite candies. 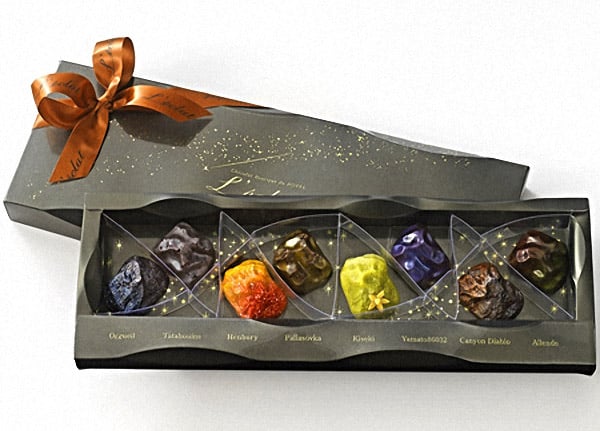 Each of these candies is made to look like a specific meteorite, such as the Henbury, the Orgueil or the Pallsovka. They even have one called the Tatahouine, named after the meteorite that fell in the Tunisian desert that served as the set for Tatooine in Star Wars. Instead of tasting like burnt up space rocks, these come in flavors like white chocolate with grapefruit and earl grey tea, and bitter chocolate with hazelnut praline.

A set of eight meteorite chocolates sells for ¥3000 (~$30 USD) in Japan, but check with White Rabbit Express for a quote to get them shipped stateside.