ATMs and I don’t have the best of relationships. I once had my card eaten by the machine and I had to wait the whole night before their technician came to help me out. I’ve also been cheated out of a couple of bills and touched a wad of chewed-up gum someone stuck at the bottom of the money slot. Not that the last one is the machine’s fault, but, well, it happened because I was using it, anyway.

I’m sure a lot of people could use more timely assistance when they run into trouble with an ATM. The good news is the banks have heard our pleas – at least, one has, anyway – and they plan on rolling out live video chat to their ATMs soon. 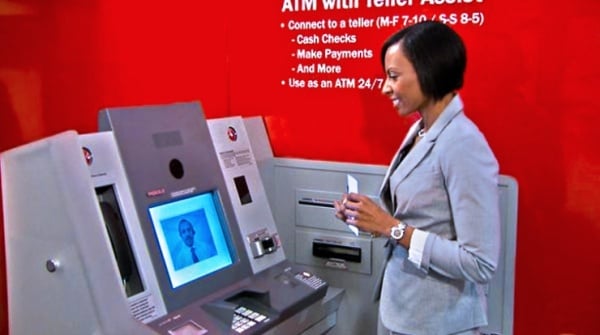 The Bank of America has announced that a new ATM feature called “Teller Assist.” This will allow users to contact and direct their queries to a live remote teller via video chat. Katy Knox, who is the head of Bank of America’s retail banking division, explained: “This technology gives customers easy, convenient access to ATM banking services with the added option of having a personal interaction and the support of a teller available at the push of a button.”

The new service will initially be launched in Boston, Massachusetts. The good news is that Bank of America plans to roll out the service to the most of its 16,300 ATMs throughout the year.

[via LA Times via Dvice]