Researchers at the University of Electro-Communications in Tokyo and the Okinawa Institute of Science and Technology have built a small humanoid robot. Nothing unusual there. Everybody is building robots these days, and one day soon we will all regret it. But this robot plays baseball. Or, at least can hit a ball. 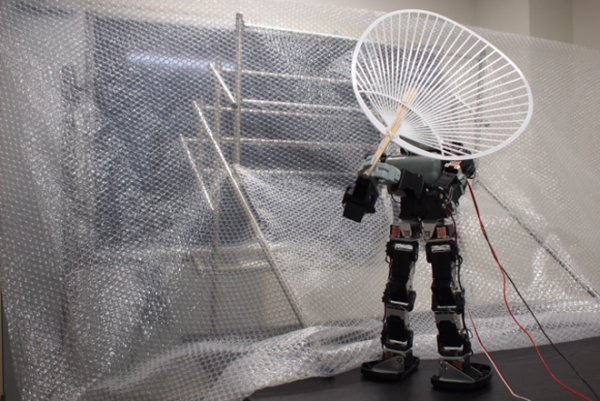 Granted, the ‘bot holds a fan-like bat that even I could hit a ground-rule double with, but this robot is about more than just hitting balls. Like a human, it may miss at first, but with each new pitch it adjusts its swing accordingly – just like how a human learns. That’s because this robot has an artificial brain with 100,000 neurons. This complex “brain” is actually based on an Nvidia graphics processor, along with software developed by the chipmaker.

For now, the scientists have programmed these neurons for this specific task, but this will help them understand how to create a better fake brain in the future. Great. I can’t wait for actual thinking robot ball players who also want to make millions of dollars a year. And then beat us with bats when we don’t.

[via WIRED via Botropolis]