We’ve seen some Dead Space Plasma Cutters before – even some with real lasers, but hey, lasers are always cool, so check this one out and be very impressed. The craftmanship and attention to detail here is simply stunning. 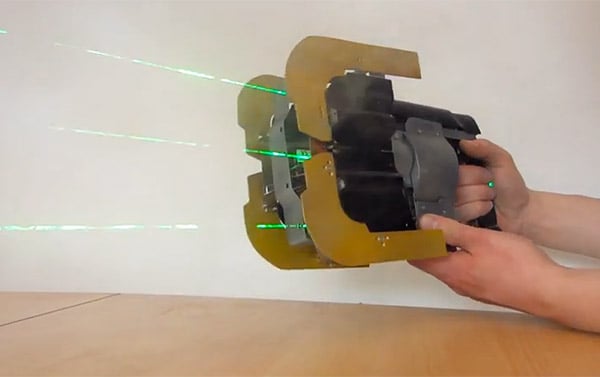 It was made by Patrick Priebe of Laser Gadgets. This weapon can actually do some serious damage, which is great if you find yourself on a derelict spaceship full of killer aliens.

Just like the video game gun it can go from vertical to horizontal and back again and as shown in the video, it can burn things of course.  It’s powered by three bright 30mW green lasers for aiming, and a 1.5W blue laser for burning stuff. While Patrick doesn’t offer plans or a build guide for his Plasma Cutter, he will build and sell you one if you have enough money.