I always admire these guys who can take junk parts and scrap metal and turn them into cool robots. I’ve made some very basic robots out of junk before, but nothing like these guys. The latest inventor to build himself a scrap parts robot is Chinese inventor Tao Xiangli. 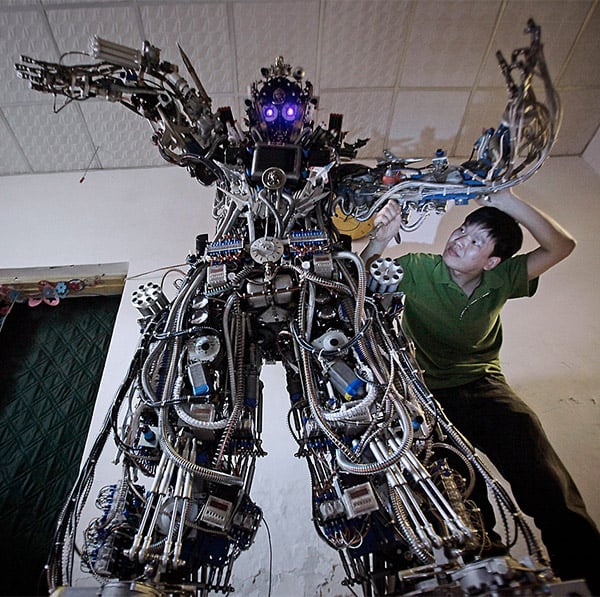 Just because it is made from scrap doesn’t mean it was cheap. He spent about $24,000, and it took him more than 11 months to build the robot. He made it from recycled scrap metal and electric wires that he bought from a second-hand market.

This beast weighs about 500 pounds and stands about 6-feet-tall. Thank God Tao didn’t give this thing the kiss of life. It would make short work of us humans and make some art of it’s own. With blood and entrails.

[via NBC News via Obvious Winner]