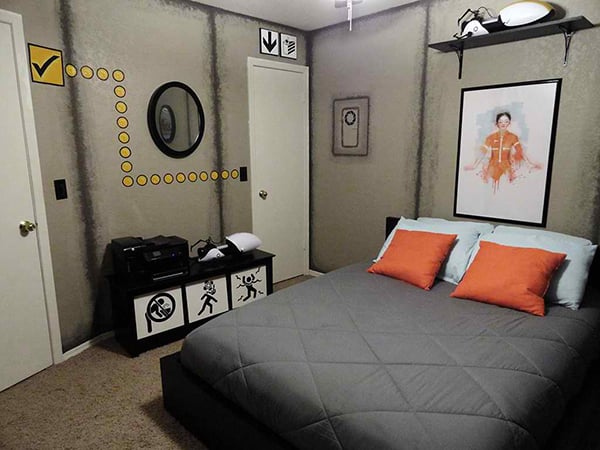 Lauren wanted to make it so her bedroom was filled with references to the game but still looked tidy and could be appreciated by someone who wasn’t familiar with the game. I think she didn’t quite succeed with the latter, but the room does look clean despite the grimy borders and the terrifying scrawl on her closet. The room really shines when its orange and blue LEDs take over though, especially the ones on the Portal guns and on Lauren’s infinity mirrors, which were made by her friend Steve Gilbertson. 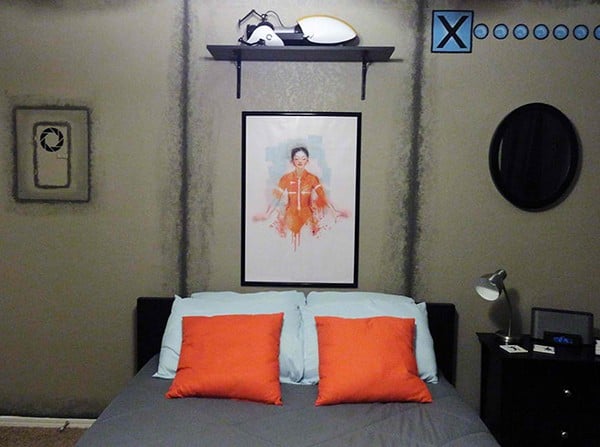 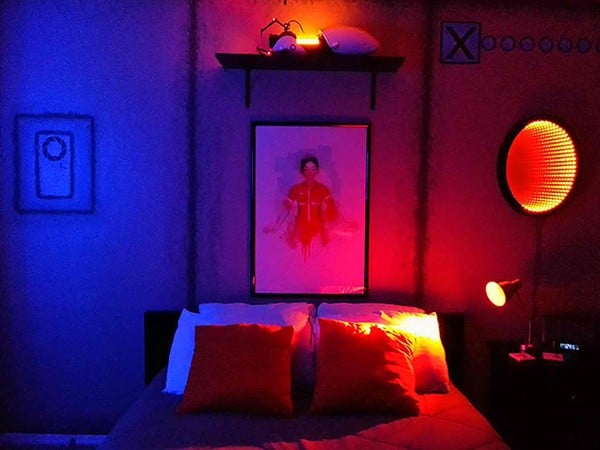 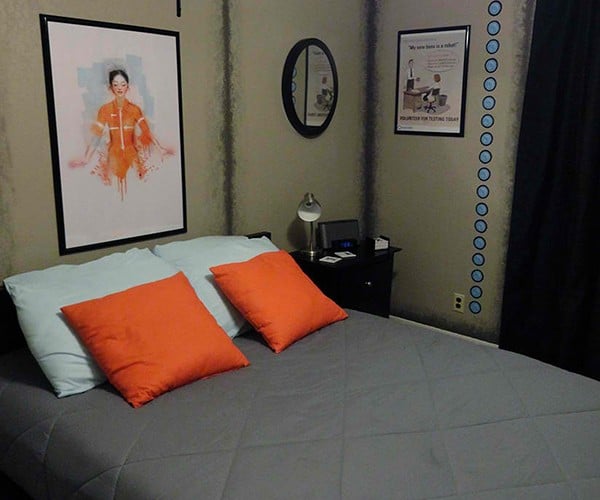 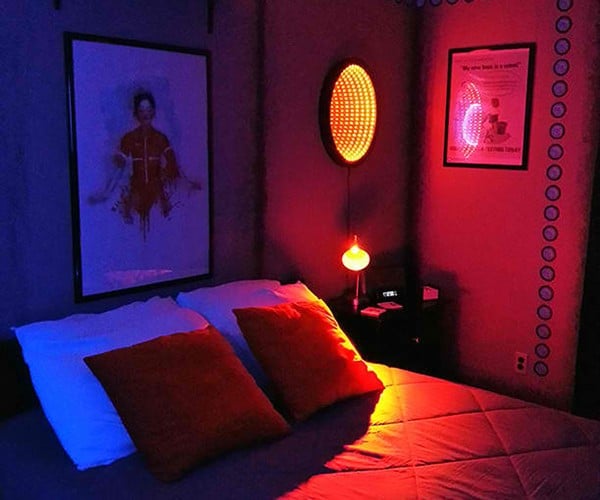 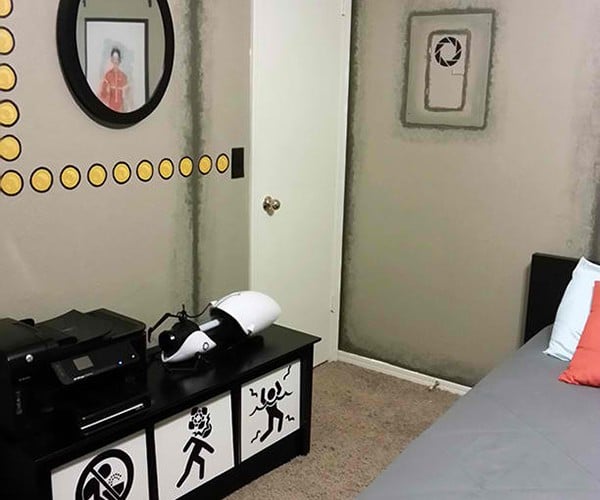 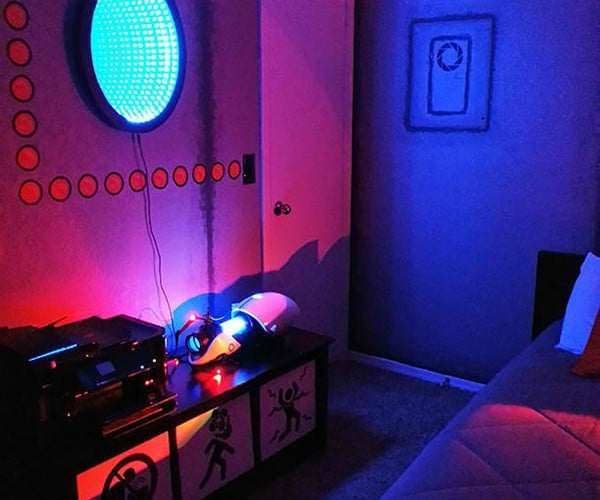 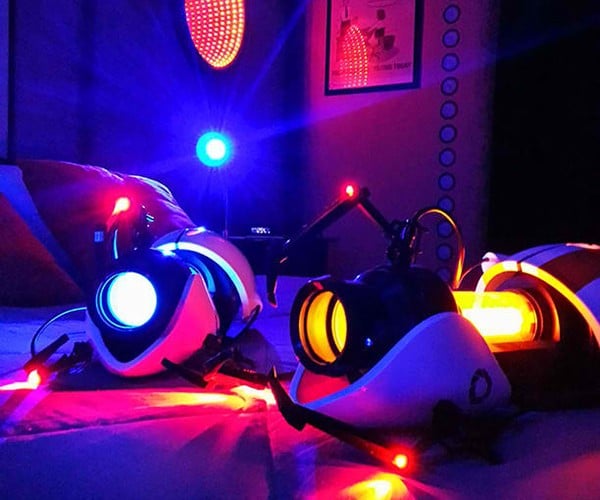 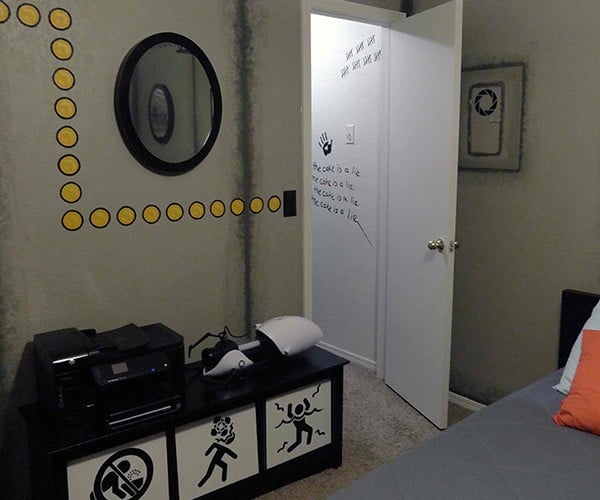 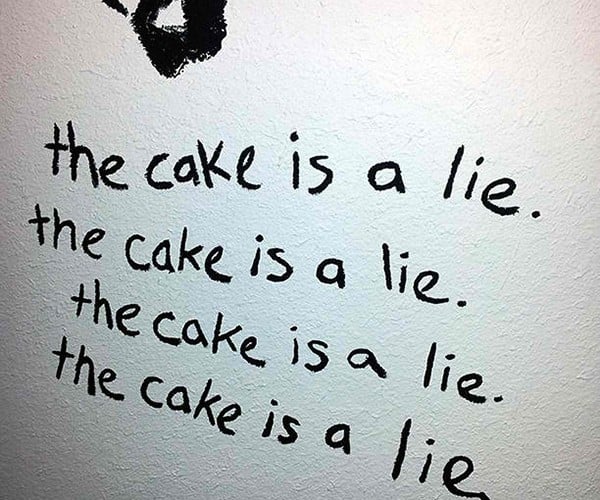 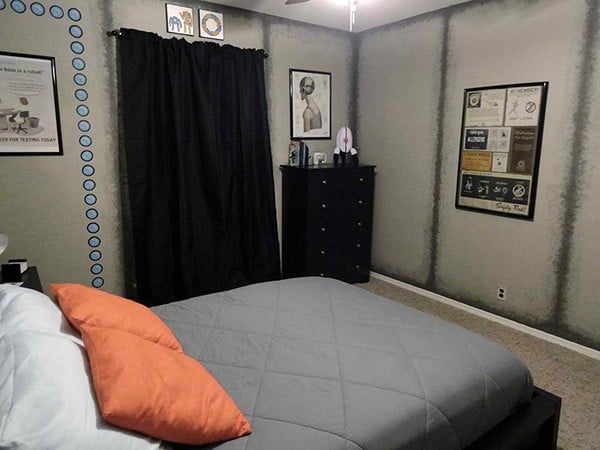 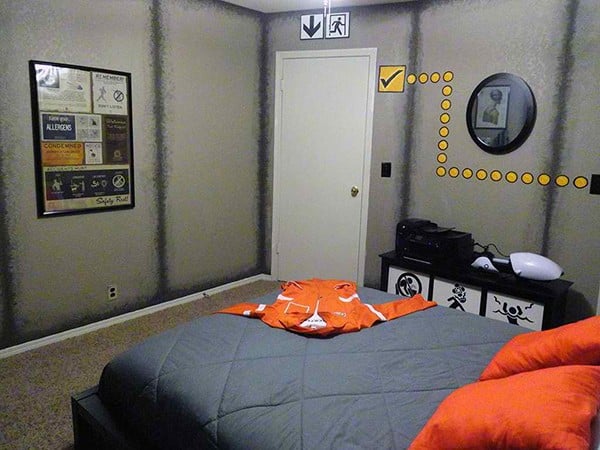 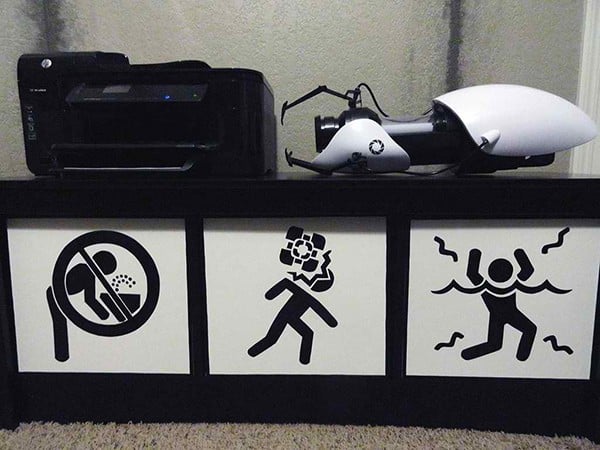 Open a portal to Imgur or on Lauren’s website to see more pictures of her bedroom.