Low Phone Battery Power? Spin the Voltmaker to Charge It up

Hand-cranked emergency chargers are nothing new, but the folks behind Voltmaker managed to come up with something novel based on the same concept. Instead of having to turn the crank laboriously, you’ll only have to hold the gadget and spin it round and round to generate energy.

In effect, you’ll be spinning the part of the charger that’s usually supposed to be turned manually. 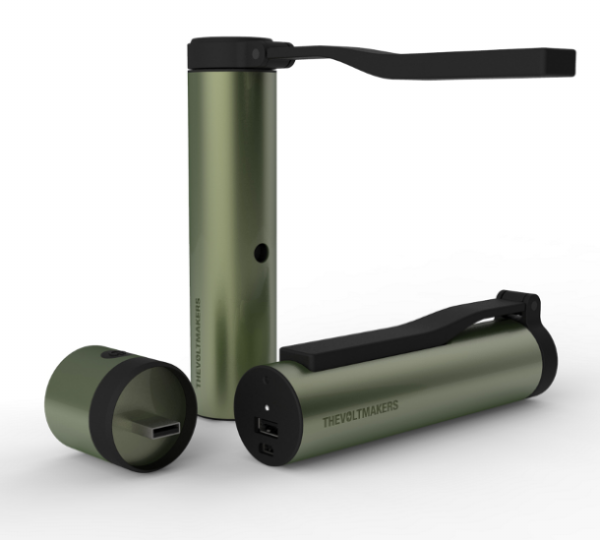 Spinning should cause less strain since it’s a more passive action. Spinning the Voltmaker for two minutes will give you enough juice to make a quick emergency call. If you want to fully charge up the Voltmaker 2,000-mAh battery, then you’ll need to spin the device for two to three hours. So really, we just recommend using this nifty gadget during emergencies only – unless you don’t mind looking like a fool spinning this thing around for three hours.

The Voltmaker is currently up for funding on Indiegogo, where a minimum pledge of $69(USD) will get you one of your very own if you’re one of the first 3,000 early bird backers.