You have to feel a bit sad for Asimo. Years ago, when he was new, people loved him. Despite recent upgrades, he is old news and people have moved on to newer and cooler robot spectacles. To add insult to injury, the robot recently embarrassed itself (again). 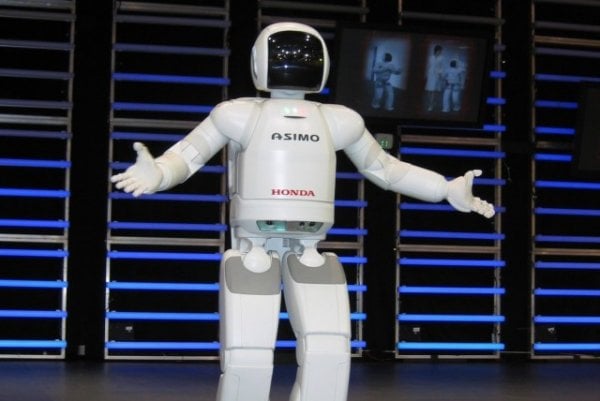 In a demonstration at Tokyo’s National Museum of Emerging Science and Innovation this week ASIMO kept mistaking reporters phones for their hands. It just kept asking “Who wants to ask ASIMO a question?” But no one did. They were just trying to take his picture with their phones. Sad. Poor ASIMO.

The idea was that ASIMO was going to perform a neat trick at a Q&A. It would use it’s computer brain to know which reporter raised their hand first. The problem was that reporters tried to take cell phone pictures of ASIMO, which the robot mistook that action for someone raising their hand to ask a question. Yes, it was not ASIMO’s finest hour (again.)