When I was a kid, about the only NERF things you could buy were footballs and basketballs. These days, you can get some pretty amazing toy weapons which fire soft NERF darts. But this highly-customized sentry gun could be the best NERF build ever. 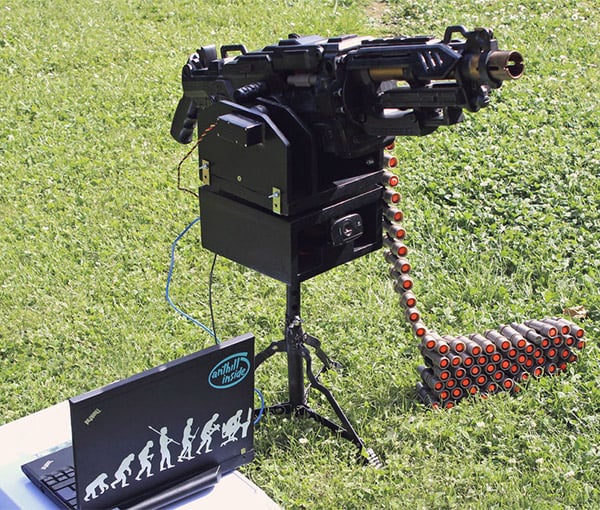 It started out as a NERF Vulcan Gun, but thanks to Instructables contributor BrittLiv, it’s capable of acting as an automated sentry gun, taking down targets who dare cross its path. It can also be controlled by a joystick or computer mouse. 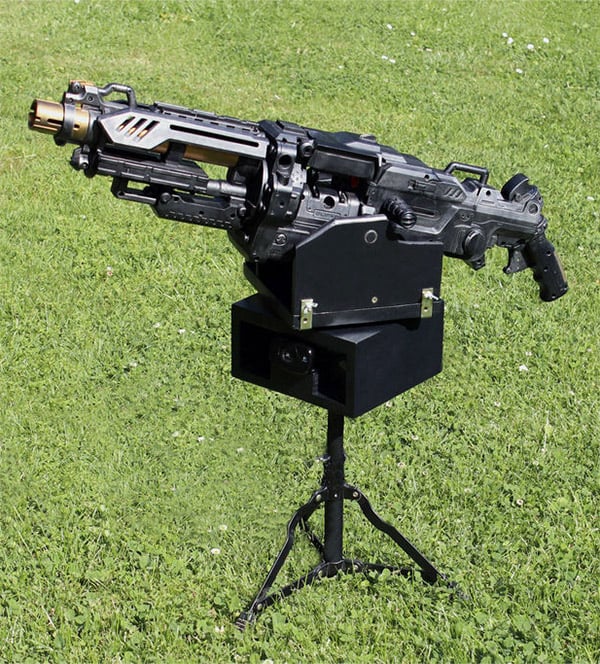 Britt started out with an existing design for a paintball sentry gun, and rigged it to fire NERF projectiles instead. When in action, it’s able to locate targets who walk in front of it, and automatically fire. It’s powered by an Arduino Uno controller and a couple of servos for tilting and turning the NERF gun. Since the Vulcan has a motorized firing mechanism built in, it was wired directly to the Arduino. She also modified the firing mechanism on the Vulcan, replacing its main spring with one that increases firing speed by about 50%.

It can even be set to ceasefire if you approach it wearing a specific logo on your t-shirt – so you can walk safely in front of it, while your enemies receive the wrath of NERF.

I would not want to walk into a room and come face to face with this thing. If you’re up to the challenge and want to try and build your own NERF sentry gun, head on over to Instructables for the full instructions. 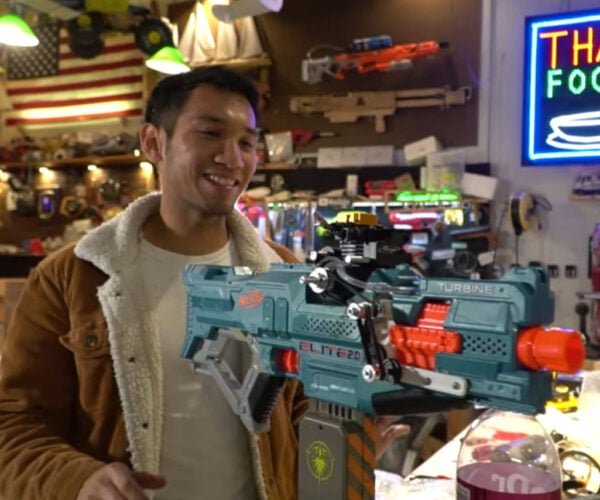