This’ll Bug You: Farm 432 Concept is a Countertop Larvae Farm

The global human population is booming. Some studies predict that we’ll soon run out of resources (read: food) to feed everyone as this growth continues.

One of the proposed solutions? Breed insects and use them as an alternate protein source. 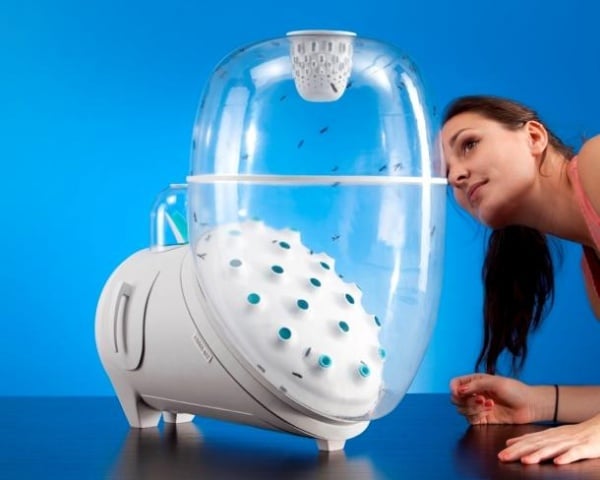 It might sound gross, but one day, that might be the unfortunate reality we’ll all find ourselves in.

Most people didn’t think that idea through further, but one who actually did is industrial designer Katharina Ungel. She came up with a concept called Farm 432 that’s basically a countertop breeder of insect larvae. That way, you can raise your own black soldier fly larvae (yes, she mentioned that species specifically because of its high protein content) without having to go to some farm or store to get them.

Ungel explains that the adult flies don’t need to be fed anything but bio-waste. Each batch of tasty bugs will be ready after 432 hours (hence, the name of the concept.)

Ungel writes: “Farm 432 enables people to turn against the dysfunctional system of current meat production by growing their own protein source at home.”

I’m not crazy of the idea now because I’d rather get my protein from beef, but if bugs are where we’re headed, then I think Katharina’s on to something.