Gamers and game developers alike are excited about the potential of the Oculus Rift headset and the Virtuix Omni walking surface. But these virtual reality devices have applications beyond gaming. The Human Interfaces Group of NASA’s Jet Propulsion Laboratory used both devices to make simulations of space environments. 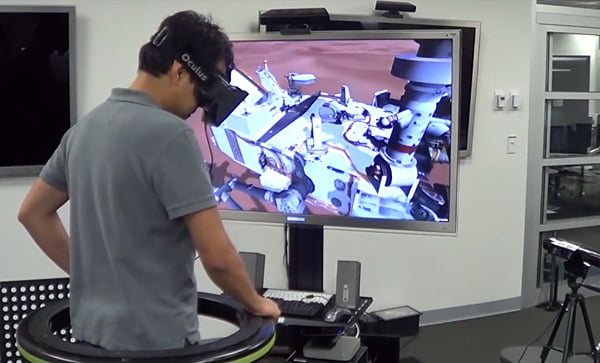 In an interview with Engadget, Human Interfaces Engineer Victor Luo said that they used a stereoscopic 360º panorama of Mars taken by Curiosity, satellite imagery of the red planet and development kits of the Rift and Omni to create an immersive virtual tour of Mars (or at least part of it). They also made a similar experiment for the interior of the International Space Station, but they used the Rift by itself to emphasize the feeling of floating in zero gravity.

While the experiment showed the potential of VR, Luo also said that they needed devices that had more sensors built-in before they can consider actually using them as tools. At the very least, I think their experiments can inspire a couple of VR games. Watch out for Curiosity Simulator and Dead Space: ISS. Oh wait, we already have the first one.

[via Engadget via Destructoid]