The art of Brooklyn-based artist Mark Wagner is all about the dollar, although the whole thing is clearly worth so much more than the dollars he used to create it. Mark is known as the “Michael Jordan of glue” or “the greatest living collage artist” and he wows once again with his dollar art series. 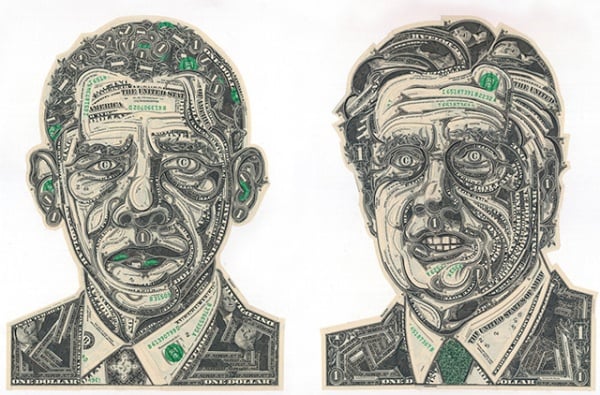 He basically takes a dollar and another and another to create awesome collages, from portraits of Abraham Lincoln and President Obama to a dinosaur trying to claw away at an bored-looking George Washington.

The one dollar bill is the most ubiquitous piece of paper in America. Collage asks the question: what might be done to make it something else? It is a ripe material: intaglio printed on sturdy linen stock, covered in decorative filigree, and steeped in symbolism and concept. Blade and glue transform it-reproducing the effects of tapestries, paints, engravings, mosaics, and computers—striving for something bizarre, beautiful, or unbelievable… the foreign in the familiar. 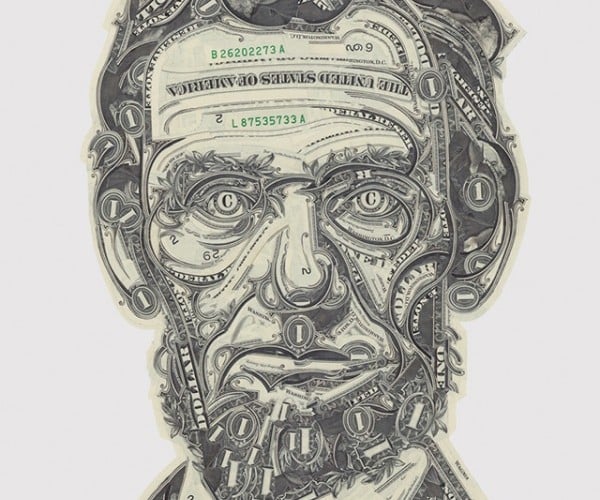 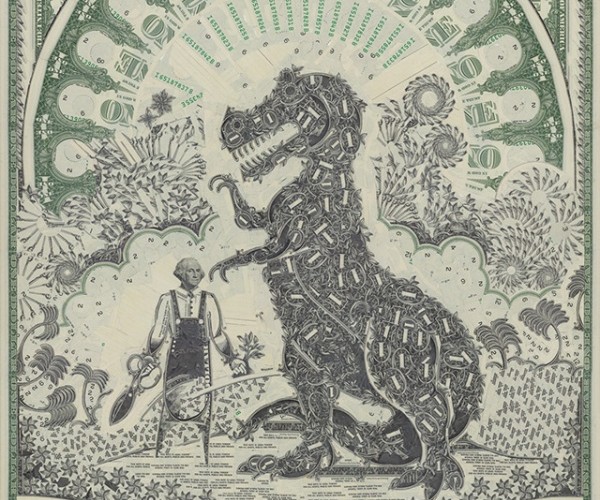 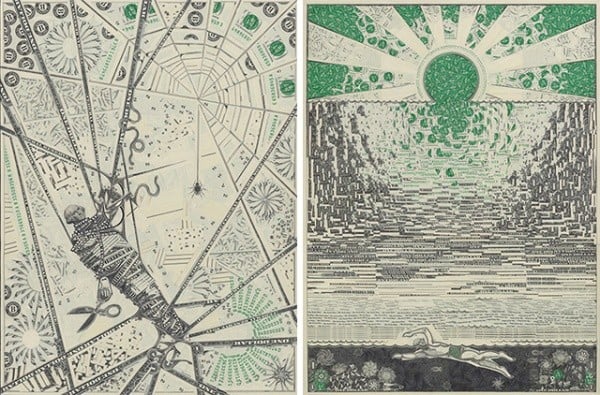 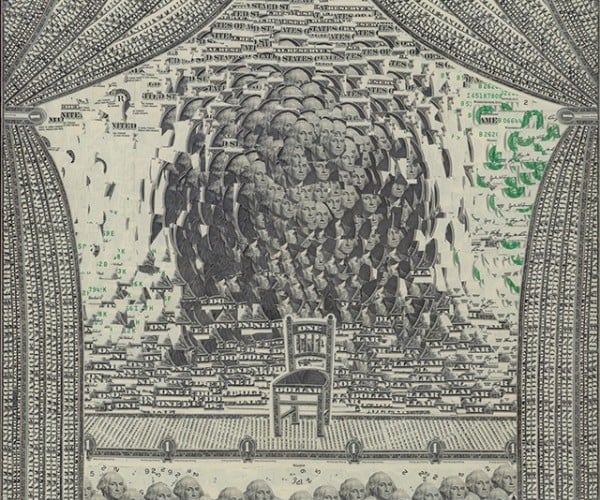 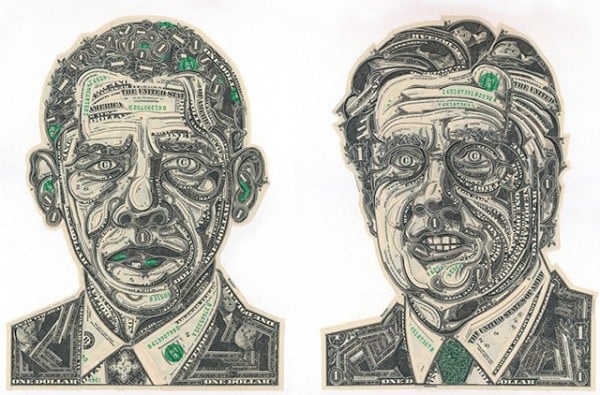 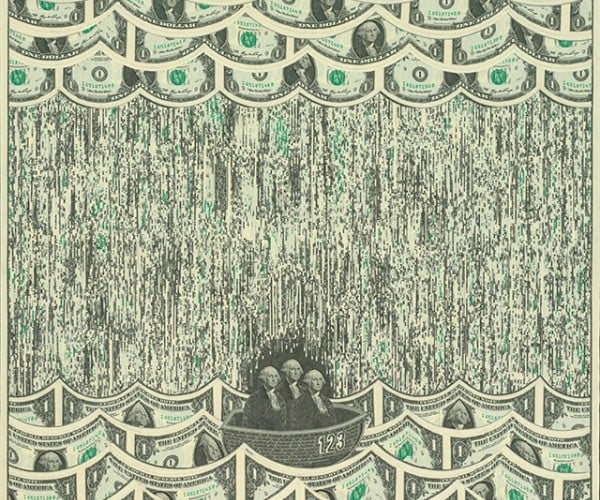 It takes a man with true talent to do what Mark does all the time. I can definitely say not a single dollar went to waste in his latest masterpieces. 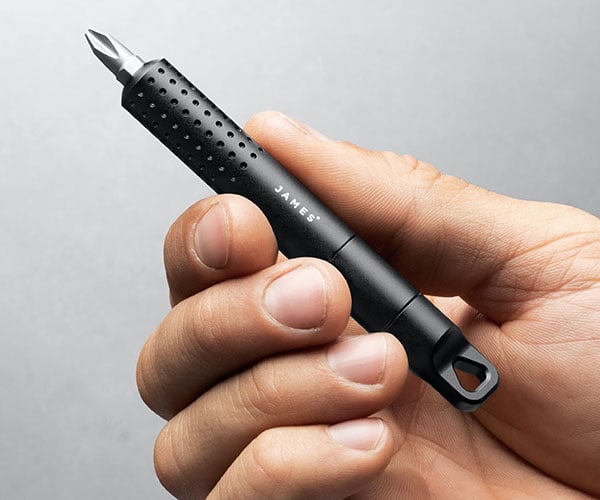