Utility boxes are often an eyesore. They just sit there, at the sidewalks, taking up space and being a huge eyesore, especially if some rowdy teenagers decide to turn them into a canvas for their graffiti.

That said, I really love what artist Mona Caron did with this particular one. 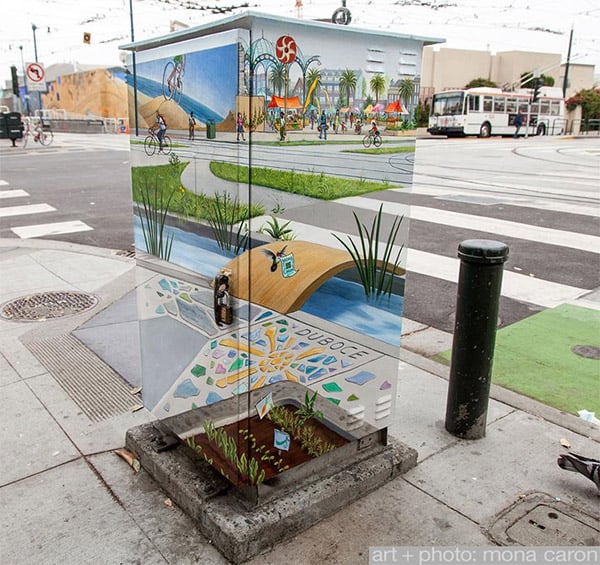 She didn’t just paint a pretty mural on it. She painted a mural that gives the viewer a peek into a beautiful alternative world when viewed at the proper angle. The piece is called Manifestation Station and is found in San Francisco at the corner of Church St. and Duboce Ave.

Look closely and you might just spot another mural Caron that created called the Duboce Bikeway Mural in the background.

[via CJWHO via Colossal via Laughing Squid]