Pinwheel Interface Wants You to Blow It

I’ve seen some unusual user interfaces and input devices over the years, but one that I’ve never thought of before now is a pinwheel. Sure, there are games on the Nintendo handhelds which require that you blow on its microphone to create virtual wind, but this is definitely much a more tangible interface. 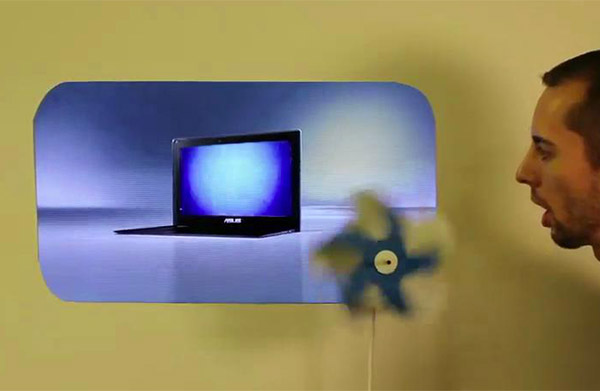 This pinwheel-based interface was designed by Adi Marom and the LAB at Rockwell Group as a mechanism for users to control videos of convertible Ultrabooks in Intel’s booth at CES 2013. A user simply blows onto the pinwheel, and it moves the frames in the video accordingly. The harder you blow, the faster the video advances. Here, check it out:

Pretty neat, eh? Sure, I can’t think of too many applications for a pinwheel interface, but it’s still kind of fun to watch.