My Little Sharkpony: Biting is Magic

It started out as a joke, but Shark Pony and the Glitter Riders sounds like a pretty amusing concept for a comic if you ask me. And while the comic itself looks hilarious, this plush creation by RoboShark that goes with it is what really caught my eye. 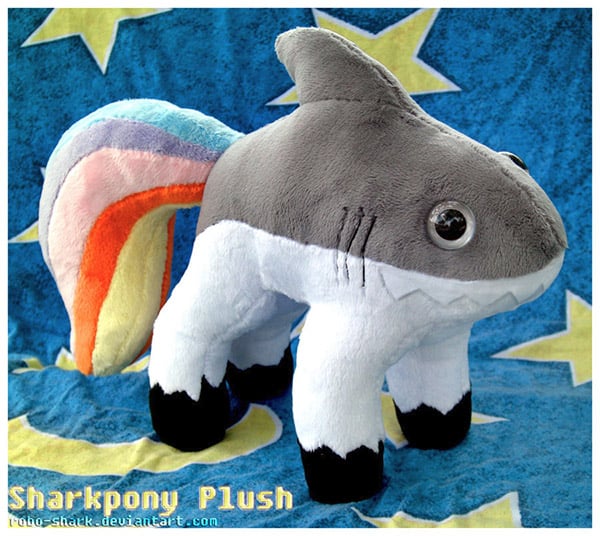 The comic follows “4 Dude Bros who steal a spaceship and are transformed into 3 Magical Girls and a Sharkpony.” That’s more than enough for me to want more.

If you want to see what happens to Sharkpony and his posse, you’ll need to pledge at least $5 on Indiegogo for the first issue of the comic, and you’ll have to pony up 300 smackeroos if you want one of the three limited-edition plushes.