Japan is home to many great things. But it’s also the place that brought us phone cases that look like sushi, and a wearable biometric cat tail. And now, they have come up with deep fried soup. 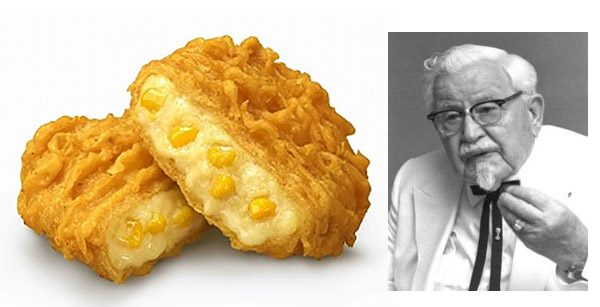 Yes, you heard that right. At KFC locations in Japan, they are now offering a corn soup that has been deep fried and turned into delicious soup nuggets. While they probably taste like corn fritters, the fact that they’re filled with scalding hot soup can’t be a good idea.

[via RocketNews24 via Foodbeast]