Apple’s introduction of the Lightning connector means that people like me who have both a new and an old iOS device have more cables to keep track of and less USB ports to plug them into. If you’re looking for a simple and cheap solution, have a look at the Bi-Cord. But just look at it, don’t put down money for it just yet. 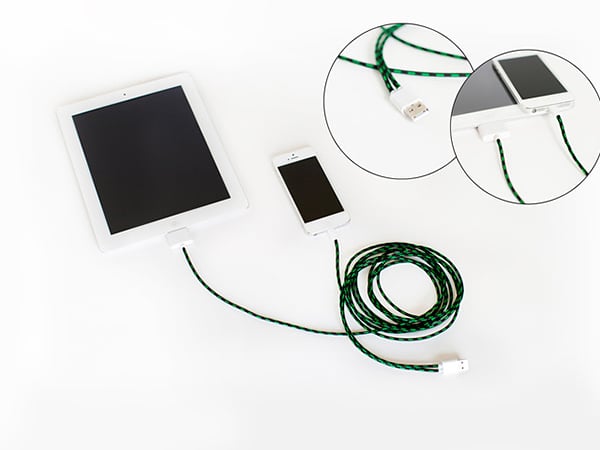 The Bi-Cord has a USB connector at one end. Then it splits into two cords, one with a 30-pin connector and one with a Lightning connector. Future versions could have connectors for other devices such as a micro-USB. Its inventor, Patrick Graham, claims that the Bi-Cord can be used to charge two devices at once. What I don’t know is if the cord can also sync two devices at once. The cords are each 6′ long and are made of braided nylon for added durability.

Pledge at least $15 (USD) on Kickstarter to get a Bi-Cord as a reward. On one hand, that’s a good deal, considering Apple sells its cables for $19 each. On the other hand, if I were you I’d wait until Patrick reveals more information about the Bi-Cord’s parts, particularly if Patrick uses Apple-certified connectors. Because if the connectors are not certified all we have here could be two broken cables in one.