Sure, you’ve played Super Mario Bros. with your friends, but I bet you have never played it with 974 people at once. Well, that happened. At the 2013 Gamescom in Germany, Stabyourself.net recorded 974 people playing their custom Super Mario Bros. time trial. After collecting all 974 playthroughs, they merged them into a single amazing video. 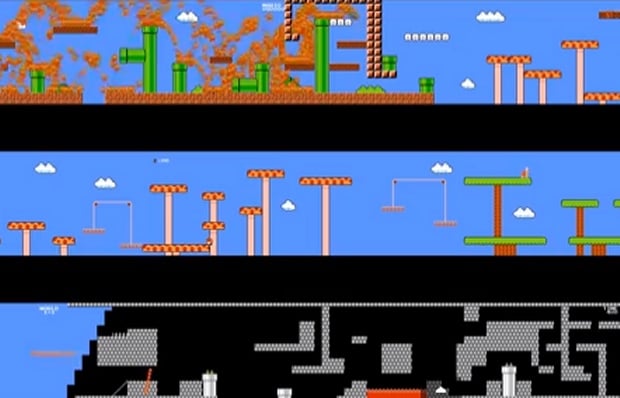 At times it looks like a snake slithering through the level as all of these players race toward the end, running, jumping, and trying to survive. You might notice some frozen Marios too. That is because there was a three second penalty for dying.

The best time was 41.32 seconds. It really is mesmerizing to watch. It’s like the Borg suddenly discovered the NES and played it collectively.

[via Motherboard via Laughing Squid]