I always loved playing with Rock ‘Em Sock ‘Em Robots when I was a kid. I also have always loved electronic gadgets. Thanks to the power of technology, I can now play with both at the same time. 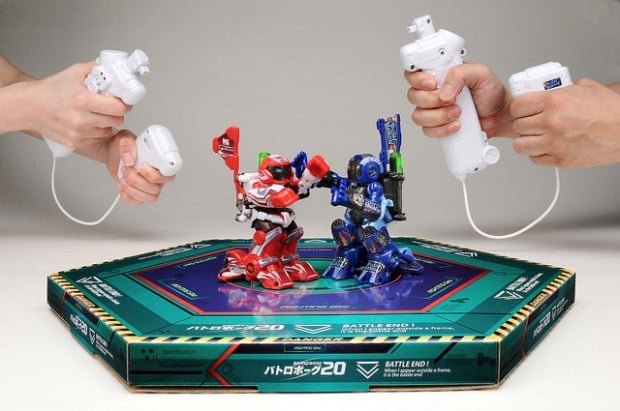 Japanese toy-maker Takara Tomy has created this set of boxing robots which are operated using Wii-like motion controllers. The robots are called “BattroBorg 4G” – which means there were three generations of these robots before, and somehow I never owned a set. 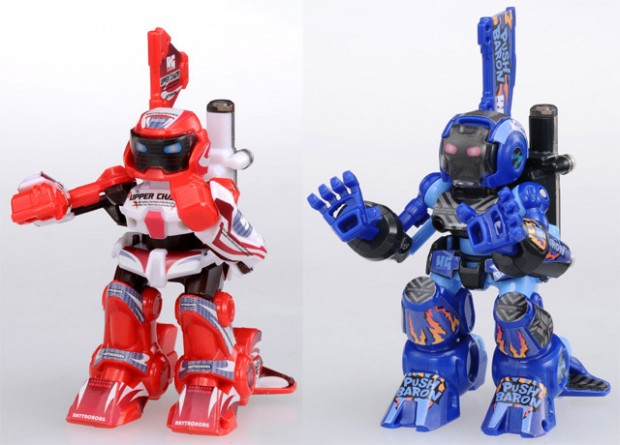 The latest generation of miniature boxing robots offers more attacks than prior versions, and improved limb strength to deliver the ultimate robotic knock-out punch without actually breaking the other one.  They also offer interchangeable parts so you can mix and match their body colors.

They’re not officially available outside of Japan, but if you dig around on eBay you might be able to find a pair for around $75(USD). If I don’t beat you to the punch, that is. 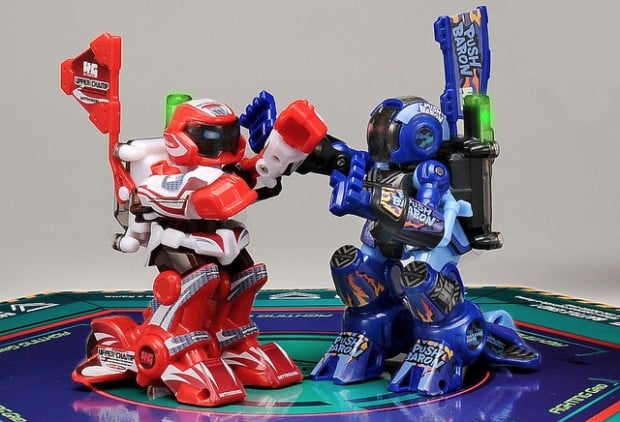