Here’s another device that could be vying for space on your face in the near future. A company called Avegant is making what they call a Virtual Retinal Display. The thing is, it doesn’t actually have displays. Instead, it uses “an array of two million micromirrors” to project light directly to the retinas of the wearer. 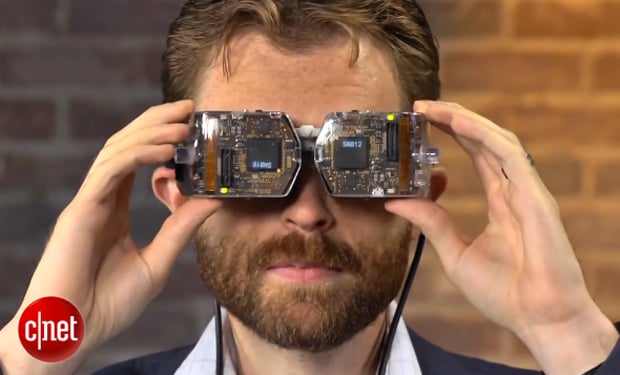 Avegant hasn’t revealed a lot about its technology, but it did let journalists use some of its prototypes. Apparently, the Virtual Reality Display causes much less eye strain compared to LCD monitors and other head-mounted displays. As for how good it is, Engadget claims that wearing the display’s  image quality “blows everything else out of the water”, even though the prototypes max out at just 1280 x 768 for each eye. They said that it even made a 360 x 160 video “look great.” 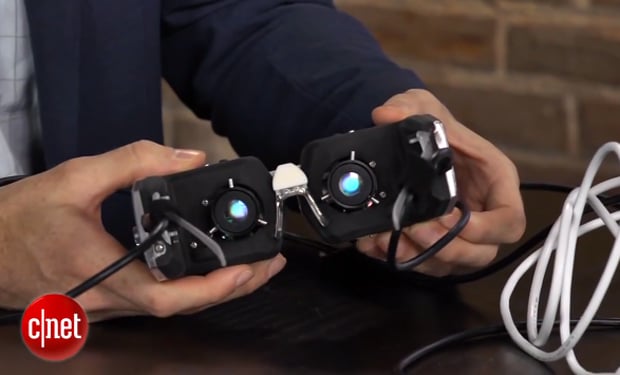 If it’s such a great way to show video, why have we not seen more of these “retinal displays”? According to CNET, other companies have indeed dabbled with the technology. Even Google tested it for Glass. But apparently the retinal displays need to be precisely aligned to the wearer’s face and eyes to work, which is why it’s not great for a one size fits all headset. To solve that problem, the Virtual Retinal Display will have highly adjustable frames and optics.

All these 3D and head-mounted displays coming out are making me hate my monitor. And my sunglasses. As Avegant CEO Ed Tang told CNET, the Virtual Reality Display should be available by the first quarter of 2014.

[via CNET & Engadget via Digital Trends]