A few days ago Archos showed off its new Android-powered GamePad 2 portable gaming tablet. The company is back to announce an entire new series of reasonably priced Android-powered smartphones called the Titanium line. 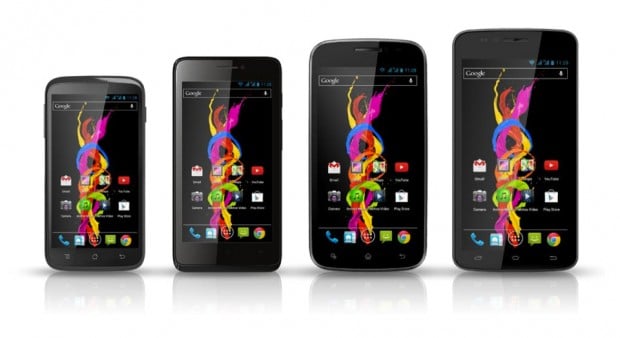 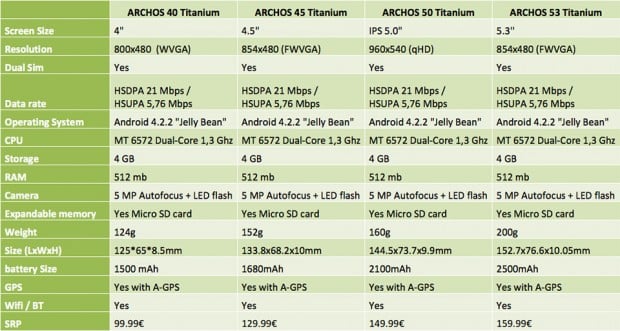 The other features are the same including Android 4.2.2 for the operating system and MT 6572 dual-core 1.3 GHz processors. All the phones have 4 GB of integrated storage and 512 MB RAM. They’ll also feature a five-megapixel rear camera and integrated A-GPS, Wi-Fi, and Bluetooth. Another the difference between the phones is battery size. The Titanium 40 has a 1500 mAh battery, the 45 Titanium has 1680 mAh unit, the 50 Titanium has a 2100 mAh battery, and the 53 Titanium features a 2500 mAh battery. The phones run on 3G networks with HSPA+ support, which has a theoretical top download speed of 21Mbps.

While these certainly aren’t top-of-the-line phones, they’re pretty well-appointed for the price, given the fact that the phones come fully unlocked.