A Surprise to No One: The Walking Dead Gets Picked up for a Fifth Season

The highest-rated television show on TV right now is AMC’s The Walking Dead. It’s a fantastic show and easily my favorite on television right now. If you’re a fan of The Walking Dead, you’ll be glad to hear that AMC has already renewed the show for fifth season coming in 2014. Not that it’s a surprise to anyone – I suspect the show will be renewed for many years to come. 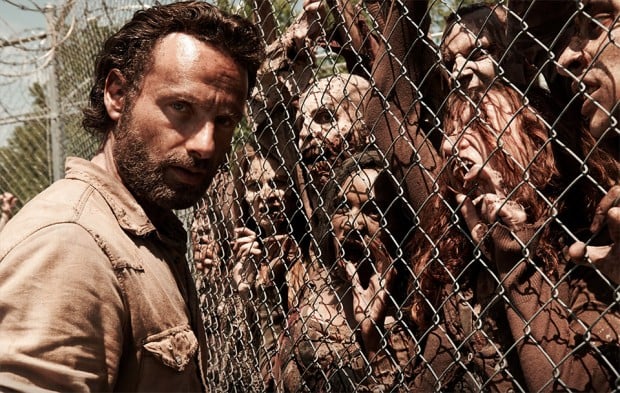 AMC also announced that the current executive producer of The Walking Dead, Scott M. Gimple, will also return in the same position for the show’s fifth season.

“We are very happy to make what has to be one of the most anti-climactic renewal announcements ever: The Walking Dead is renewed for a fifth season,” AMC president Charlie Collier said Tuesday. “This is a show that has erased traditional distinctions between cable and broadcast. Its expanding base of passionate fans has grown every season, most recently – and most notably – with the season-four premiere earlier this month, which broke viewership records for the series and became the biggest nonsports telecast in cable history. On behalf of the incredible team on both sides of the camera, thank you to the fans and here’s to more Dead.”

I mentioned not long ago that there would be a The Walking Dead companion series coming in 2015. Details on that show are still unclear, but we do know that it will follow a different set of survivors. Whether there will be any cross over with the current cast is yet to be known.