A couple of years ago we featured the HandyNES, the portable NES console by Sharon Smith aka lovablechevy. Earlier this year she got her first commission, and it was for another HandyNES. But her client had a great idea: to make the handheld look like the NES controller. Behold! 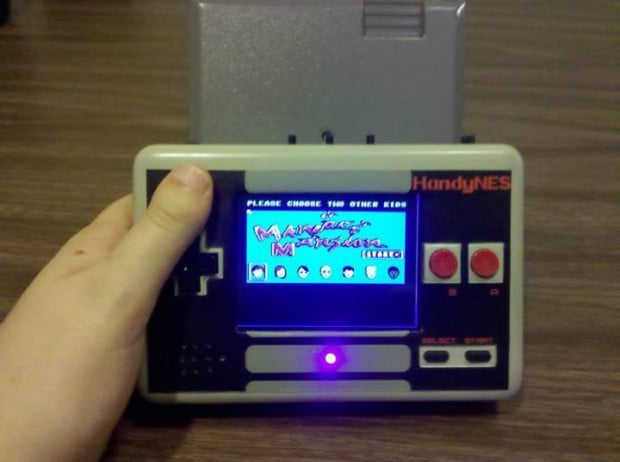 This unit is very similar to the original HandyNES. It’s also based on an actual NES motherboard, has a top-loading cartridge slot, a 3.5″ LCD screen, a 1500mAh battery that should last about 3 hours and is one of the smallest portable NES mods around. This time though the buttons and d-pad are from a NES controller, and it doesn’t have a USB port for a second NES controller. 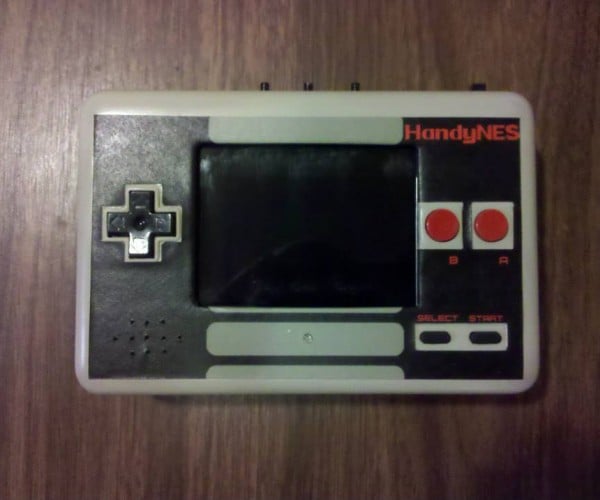 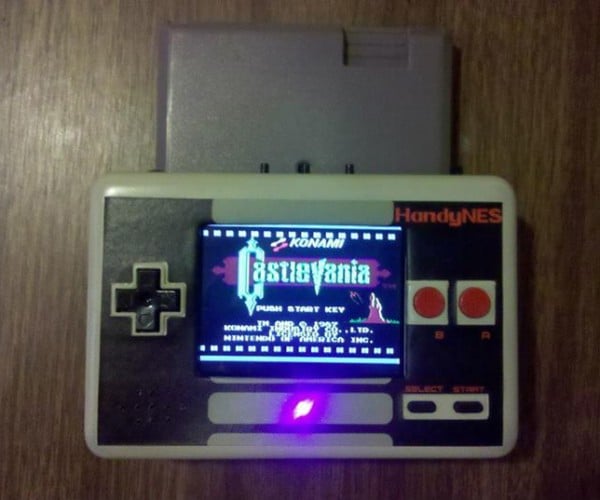 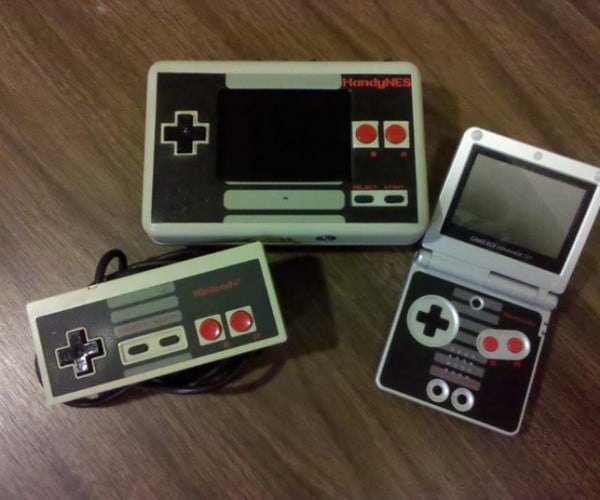 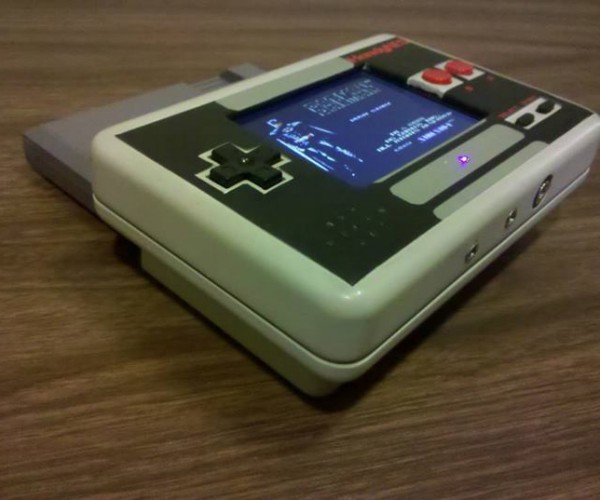 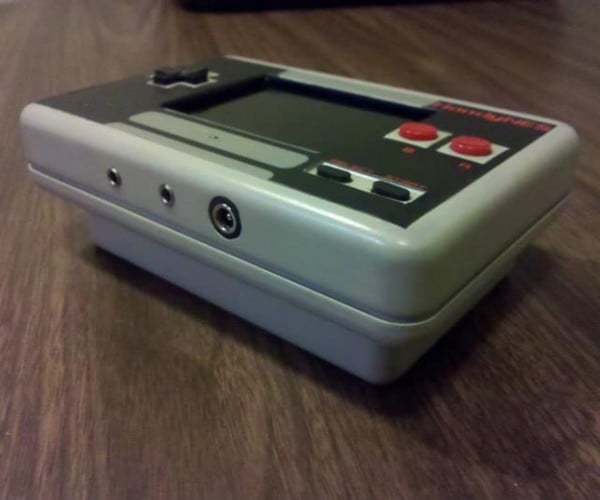 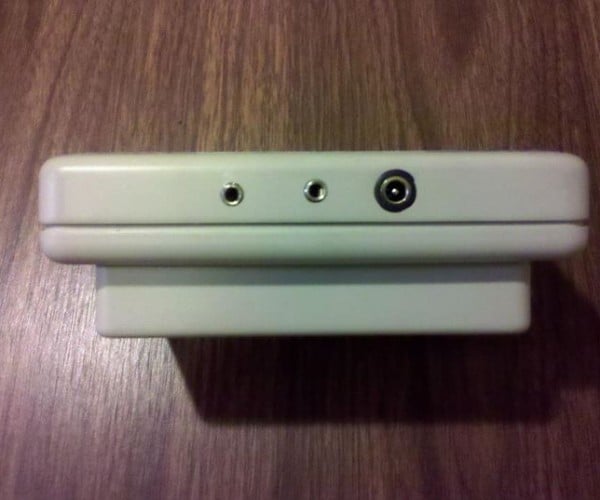 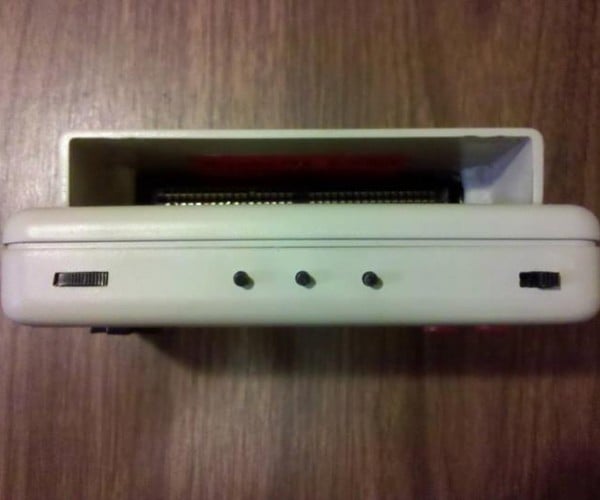 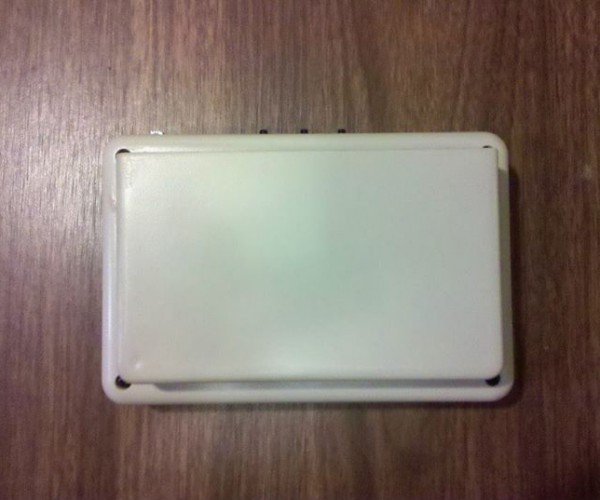 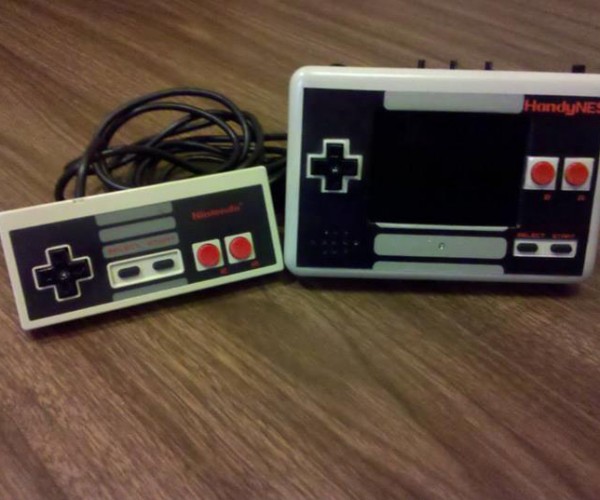 Sharon shows off the new HandyNES in the video below, demonstrating features such as its A/V-out and low battery indicator.

If you’re interested in asking Sharon to make you a HandyNES, just contact her on her YouTube channel or on her Facebook page. She says she charges $550 (USD) for the basic unit. Check out Sharon’s thread on the Made by Bacteria forum for more on her mod.