Nissan has unveiled a very interesting new concept car that will make its debut at the Tokyo Motor Show. The car is called the BladeGlider and it has a unique three seat design. Nissan says that the BladeGlider is a proposal for the future direction of Nissan electric vehicle development and an exploratory prototype for an upcoming production vehicle. 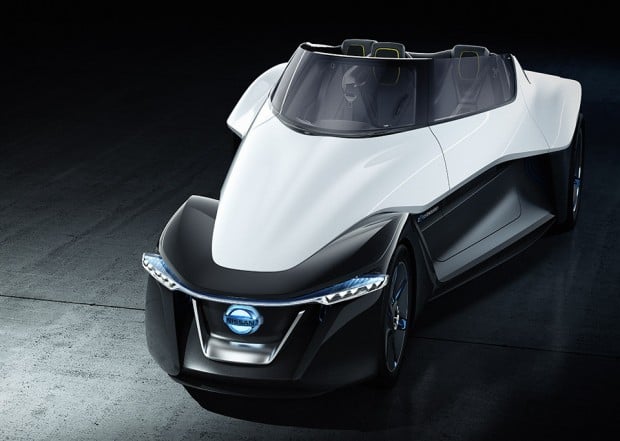 This concept looks pretty wild for road car, but Nissan has been successfully testing the triangular shape in racing cars for a while. The BladeGlider has a front track that’s significantly narrower than the rear track, putting the two front wheels closer together than the rear. Nissan says that helps reduce the drag exerted on the vehicle and increase performance. 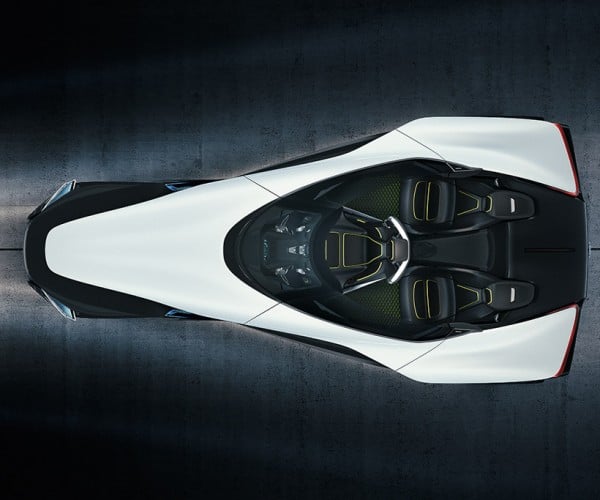 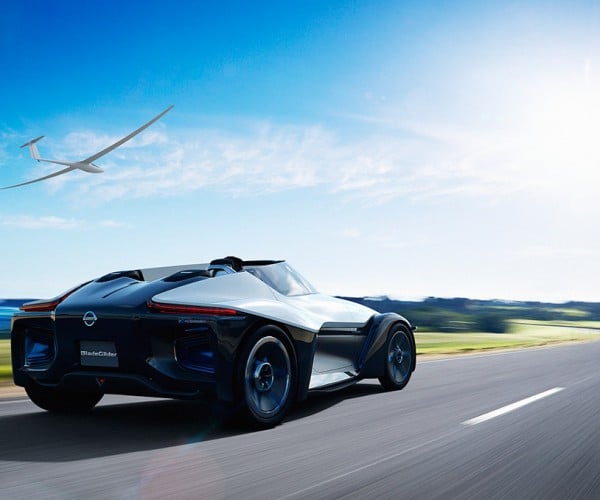 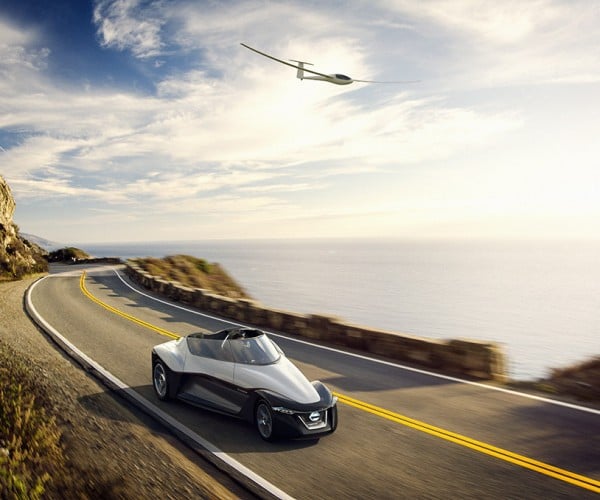 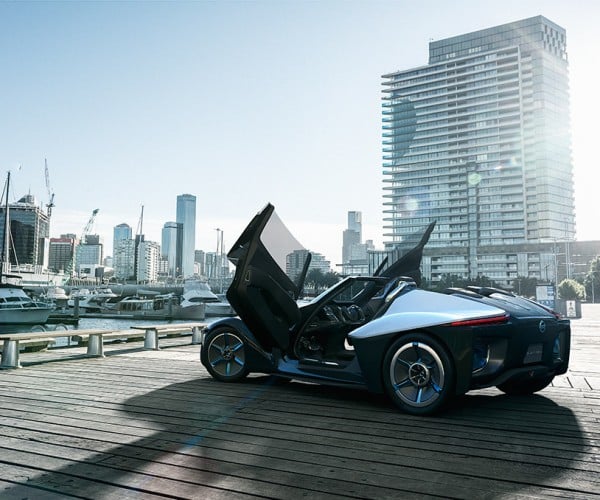 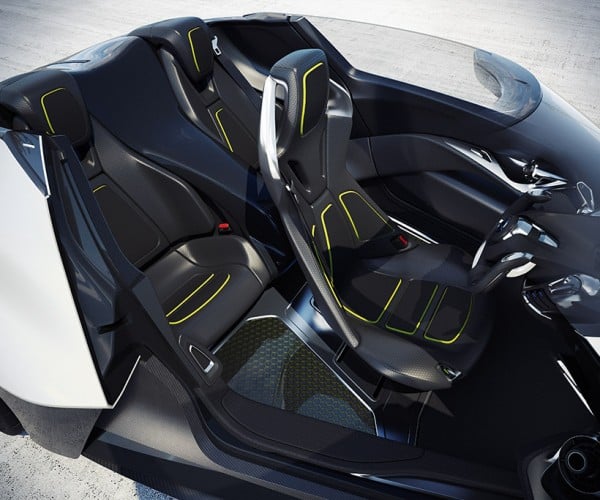 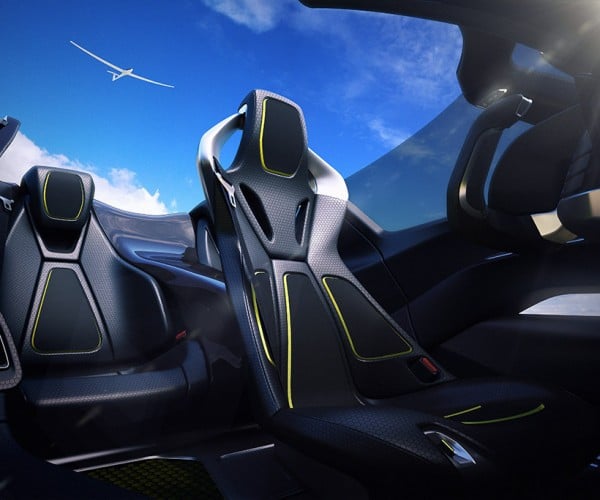 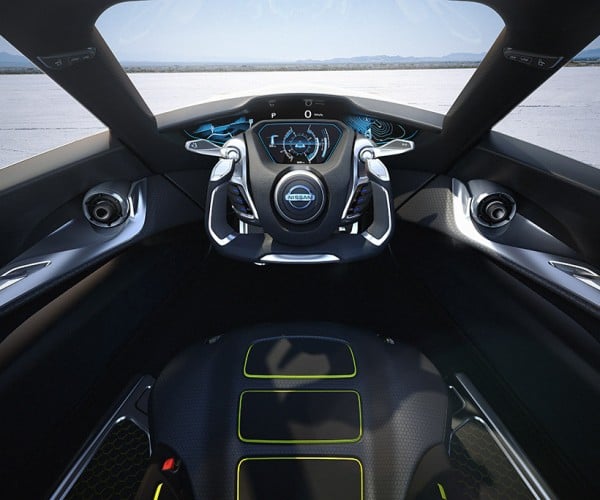 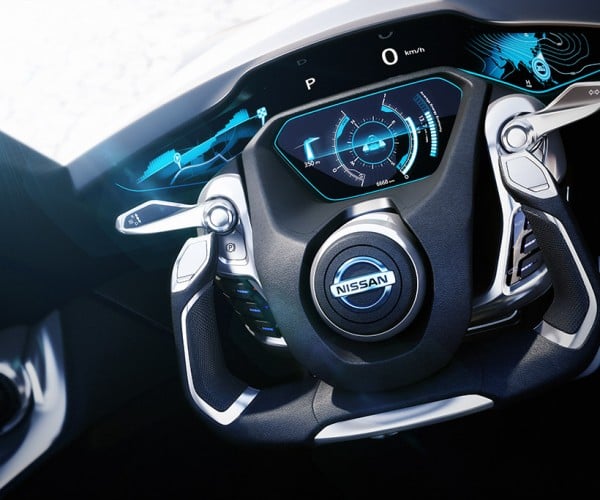 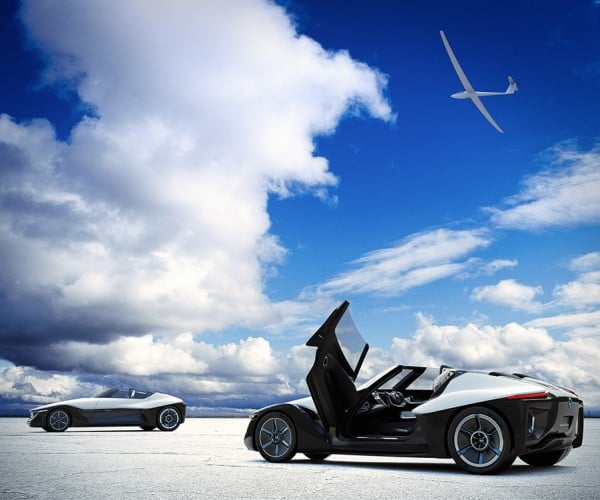 Inside the car uses three seats with the driver sitting ahead of the two passengers. This passengers sit you to the right and left of the driver giving everyone an unobstructed view of the road. The BladeGlider uses interesting scissor style doors that open up and out. Nissan also says that the driver seat automatically moves to the side to allow rear seat passengers to get in and out easily. The production car based on this concept will also be the first time Nissan uses in-wheel electric motors, and the car will use the same electric battery system from the Nissan Leaf.