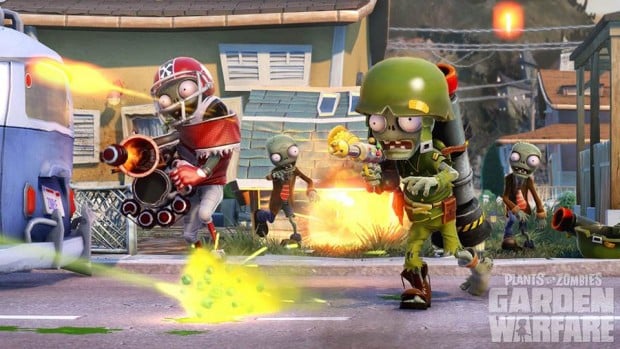 This game is very different from the others in the PvZ franchise. Garden Warfare is a third-person shooter supporting multiplayer action. The game is based on the Frostbite 3 game engine and will hit the Xbox 360 and Xbox One game consoles on February 18 in North America.

The game will land in Europe on February 20. A PC version of the game will be coming later. The game has three modes and over ten maps for gamers to play. Two of the modes support 12 vs. 12 player versus battles. The other mode is a four-play co-op mode. The game will cost $39.99(USD) on the Xbox One and $29.99 on the Xbox 360 (which is kind of stupid that they’re charging more for the Xbox One version).