Drones are often thought of as weapons of war, but a few years from now people may come to know them as delivery bots. In a recent interview with CBS show 60 Minutes, Amazon founder and CEO Jeff Bezos unveiled Amazon Prime Air, a futuristic service in development that would use unmanned aerial vehicles to deliver goods to customers in just 30 minutes after they order. 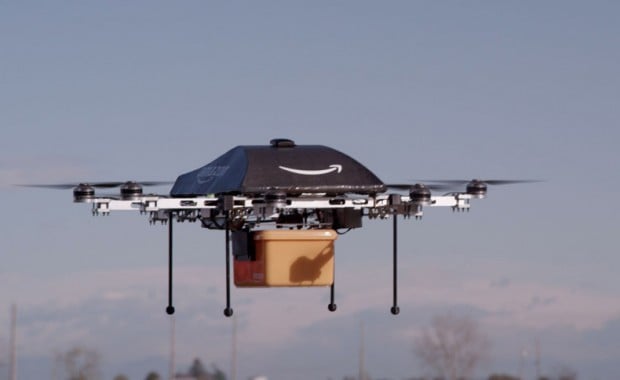 In the interview, Bezos explained that the drones will be able to operate in a 10 mile radius from its shipping centers and will be able to carry goods weighing up to five pounds. While that means you can’t expect your future TV to be airlifted to your house, Bezos says that 86% of the goods they sell are under that weight limit, so it’s not such a significant limitation. More importantly, that means tacos and burritos are not out of the question. 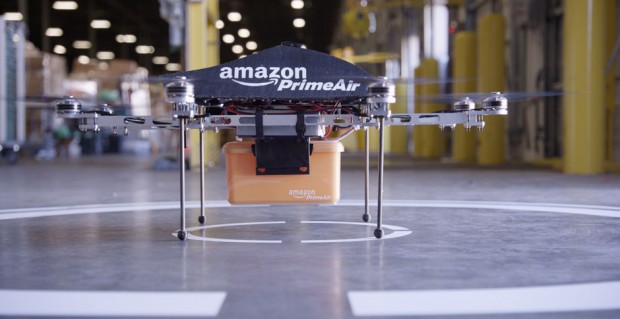 Bezos also said that the delivery drones won’t be controlled manually. Instead they’ll be given the customer’s coordinates and the robots will be smart enough to figure out how to get there on their own, avoiding obstacles and hopefully foiling thieves and pranksters trying to shoot them down.

Here’s the full version of the video that Bezos showed off:

If it gets the approval of the FAA, Amazon could theoretically launch Prime Air as early as 2015, though it’s likely to take a few more years than that. Your move, FedEx.

[via Amazon & 60 Minutes via Mashable]