Everybody pees and everybody poops. It doesn’t matter who you are, where you are, or how much money you have; when you’ve got to go, you’ve got to go. But how did the contraption that we all know as the toilet come to be? Who proposed that toilets should be shaped a certain way, and who decided how much water is needed for every flush?

World Toilet Day was celebrated last November 19th, so we’re a little late to the party. But let’s take a look at the past, present, and future of toilets as we face an ever-growing sanitation problem (2.5 billion people currently don’t have access to clean and safe toilets) and water shortage (think of how much water is flushed down the toilet worldwide, every second of every day.) 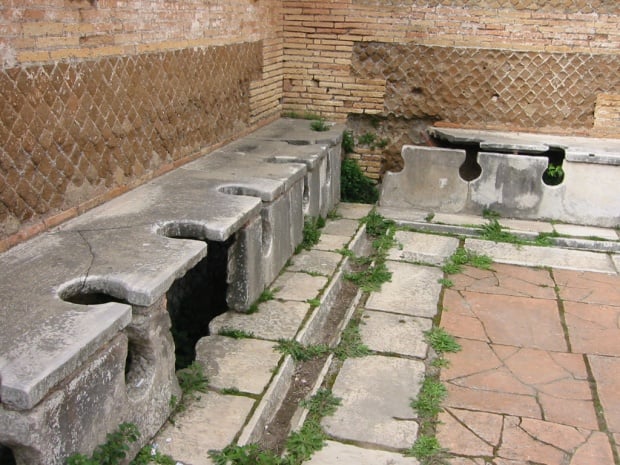 Our ancestors didn’t fuss much when they had to go to the loo. In fact, there probably wasn’t even an actual bathroom because any place with tall grass or enough foliage could serve as a toilet of sorts. Pits on the ground were basically dug for people to poop in. Other people’s “toilets” were simply pots that they squatted over and took a dump in as the need arose. There are still places in the world where people still do this though, so it’s not that far back into the past as most people would think.

As sewers were built, toilets became more like the toilets of today: they were built with vertical chutes that directed the waste into cesspits, while others used flowing water to move the waste down the drain.

Our current toilet, the flush toilet, was designed by Sir John Harrington in 1596. In 1775, the first patent for the flushing toilet was issued to Alexander Cummings. The designs were modified and further developed over the years, which eventually led to the toilets of today.

As people continued to innovate, accessories and add-ons were designed to make the pooping process more comfortable and hygienic. For example, the adjustable toilet seat allows people with big bottoms to take a dump without tipping over or losing their balance. Meanwhile, add-ons like the Bio Bidet BB 2000 Bliss offer fancy upgrades like wireless control, hybrid water heating system, water pulse, and even massage cleaning features to take personal hygiene to the next level.

The modern bathroom experience is further enhanced by products like the automatic toilet paper dispenser (which is perfect for germophobes) and the glowing toilet night light (since we all go for that midnight pee every once in a while.) 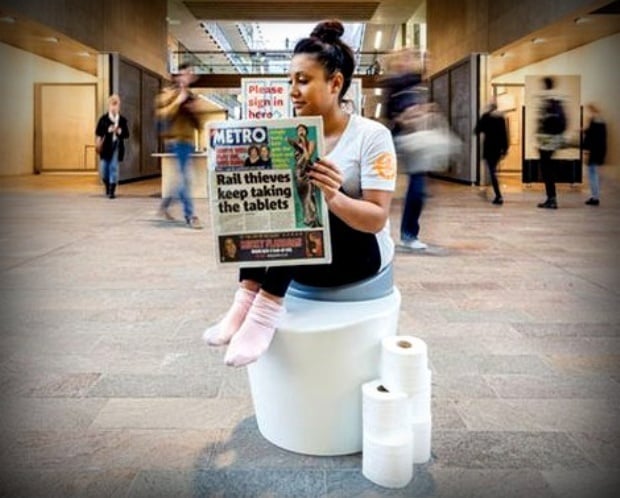 At this point, you might be thinking: toilets are fine as they are. Is there really a need to tweak its design or change it, when there are so many things that could benefit from that attention and those efforts instead?

Well, you’ve probably already heard about Bill Gates and how he’s pushing people to come up with alternative designs to the current toilet through the Gates Foundation. Unfortunately, while most of them are green, multi-purpose, and energy efficient, the designs have been dubbed as too high-tech and too expensive.

There’s the Fluid Wall, a concept design that tacks on all bathroom fixtures onto a single wall to save space. And then there’s the Wellbeing Toilet, pictured above, which won an award at a toilet design competition in the UK. First of all, it integrates ergonomics and encourages people to be in the right position when they poop to lessen muscle strain. Second, it’s smart: it has a built-in system that analyzes pee for conditions like diabetes, kidney disease, or even pregnancy.

While none of these seem like viable and practical designs for mass production, someone is bound to come up with a good enough alternative as more people continue to toil over the toilet’s redesign.

[via Gizmodo, About, & Wikipedia]